Ragnarok Odyssey borrows a lot from Monster Hunter, but brings enough of its own style. The customization, combat and boss battles bring a more fast paced and epic play style that Monster Hunter can only dream about. 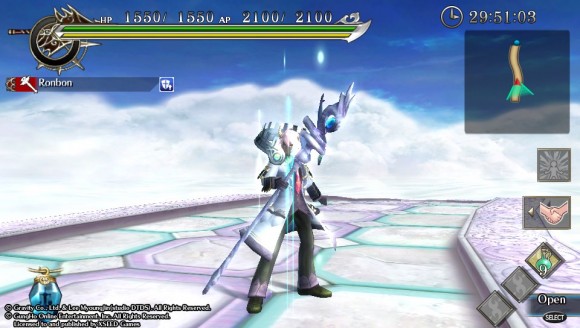 The amount of customization that can occur in Ragnarok Odyssey is a major selling point.The character creation  has a decent bit of variety and when combined with the outfits that you can buy, it becomes easy to create a unique looking character. There are also six classes that you can choose from, ranging from a two handed sword user, a fighter that uses a large hammer, an assassin that  uses dual katars, or hand blades, an archer, cleric and a mage. Ragnarok Odyssey also features a card system, which gives bonuses or negatives when you equip them. For example, the player may find a card that gives a high bonus to attack, but will be more susceptible to status effects.  In some missions, being more susceptible to status effects would be a negative, but in others, the  monsters are not capable of applying status effects or the status effect can be easily countered, and now the negative card effect is not really all that negative. The card system helps tailor a character more to the style of the player, but also allows for multiple builds for the same mission.

The combat is where the game really shines. The six classes  all have unique combos related to that class, but I found it a little difficult to get my specific combo off in some moments. In the case of the Assassin and Sword Warrior, it was easy to learn melee combos that could hit the most amount of enemies or deal a lot of damage, but I found the learning curve a bit more noticeable with the Archer and Mage because melee is not their entire focus. I spent the majority of my time playing the Mage, and the combo system is intimidating at first. If I wanted to hit an enemy with a lightning attack, I would have to hit the triangle button twice, then hit circle to start the lightning attack chain. If I wanted to hit a large amount of enemies, I would more than likely have to start the earth combo chain, which would start with hitting triangle three times and then the circle button. As you can see, the combos aren’t hard to pull off, but the game never mentioned that the earth combo is great for multiple enemies, the fire chain is good for single target damage, or that my fire attacks have a chance to inflict burn on an enemy. The archer suffers from the same problems, as some of the combos are really good at single target damage and others are good for multiple enemies. Once someone explains the basics of these classes, it becomes just as easy to play as the melee classes, but the game does not mention combos outside of a basic explanation of melee combat.  I also had a problem with the lock on system. It is a decent system as far as camera angles are concerned, but there were times when a locked on enemy dies and it locks on to an enemy on the opposite side of the area, instead of the enemy next to the character. There were also a few times when a locked on enemy would move, and another enemy would appear between the character and the monster, but when I pressed the button to change targets, it would lock on to the wrong enemy or stay locked on to the previous enemy. It isn’t a deal breaker for the game, but it is something that players will have to come to terms with and work with. 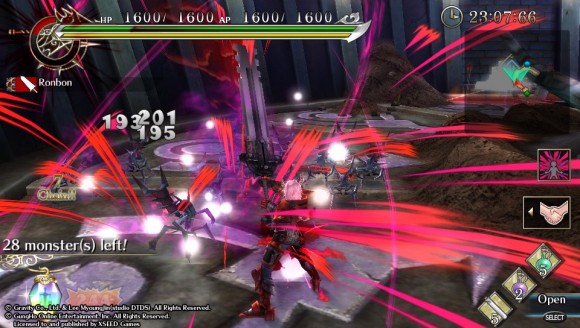 The boss fights are great at giving  a chance to have an epic battle, which includes breaking pieces of the enemy’s armor, and it gets even better once you have the opportunity to fight giants. I enjoyed the mission where I fought Grendel, since it included  having to jump extremely high to hit his more sensitive areas and it introduced a really fun way to fight in the air. The game does a great job of incorporating aerial combat,which is really just jumping and staying in the air for long periods of time, but the combat is designed in a way that allows the player to fight in the air without being at too much of a disadvantage.

I believe my favorite feature of Ragnarok Odyssey is  the online play. It is easy to join a game, start a mission, and just go. The only problem is that you can only select missions that everyone has access to. So, if you’re on chapter three and your friend is only on chapter two, you can only select quests that he has done. It makes sense in terms of balance and to prevent underpowered characters from bringing down the team on some of the more difficult missions (I’m looking at you, Hrungnir!) and from just leeching off other people. It is great that the game does this, since there are limited lives and some missions will have you scrambling to stay alive.

While the game is extremely fun, one gripe I have is that the game does not offer much explanation for some abilities. I believe that this is only a problem for the mage class, as holding down the circle button to charge an attack differs at level two, which encases the character in a barrier and at level three, when the character’s hands glow for a few minutes. I think I might have figured out what the barrier does, but the glowing hands thing? No clue. I tried looking in the manual, but could not find any information. Also, if you’re expecting this game to have an amazing story, you’re out of luck. There is a story, but it is very minimal. The “Near” item system could also have a better explanation. It is a little difficult to figure out at first, but it comes in handy since players can send weapons and cards that they have obtained to help out their friends. 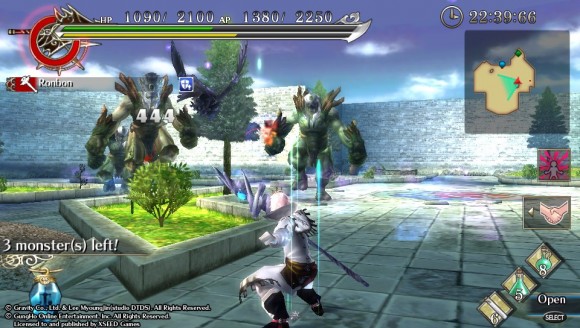 I’m just going to come out and say it, I love Ragnarok Odyssey. The Vita has been hurting for a more good games  and Ragnarok Odyssey fills that void nicely. The ease of joining a multiplayer match, the amount of customization, and the amazing boss fights give a great experience and game that the Vita needed. I would definitely recommend that you pick up the game and enjoy the multiplayer aspects. With Ragnarok Odyssey and the upcoming Soul Sacrifice, the Vita has a few games that will help develop a strong multiplayer community.

Edited for clarity and grammar