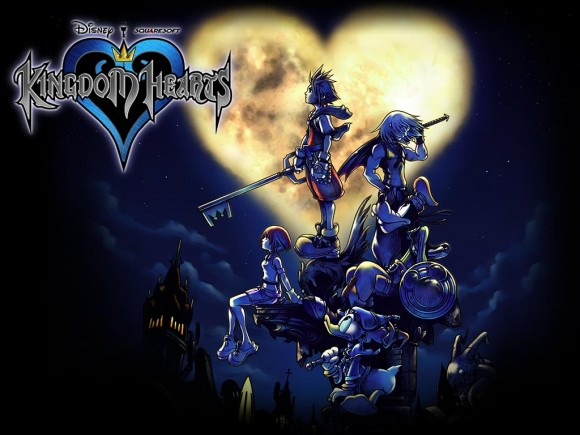 A Playstation 3 exclusive, fans of the Kingdom Hearts franchise can now rejoice by re-living four out of seven separate games from the series: Kingdom Hearts Final Mix, Hearts 358/2 Days, Kingdom Hearts Re: Chain of Memories, and the original Kingdom Hearts, which was released over 10 years ago.

The story for the original Kingdom Hearts goes like this: Sora is on a search for his friends, Riku and Kairi, as they are separated when the Heartless invade their home world at Destiny Islands.  He arrives at a crossroads called Traverse Town where he meets Donald and Goofy, two servants sent to help Sora find the destined Keyblade wielder by King Mickey.  They are destined to rid the universe from Heartless in order to create a more peaceful place for everyone to live.

According to Tetsuya Nomura, director of the KINGDOM HEARTS franchise at SQUARE ENIX:

The first KINGDOM HEARTS game was released more than 10 years ago, and following that, my only regret was never releasing KINGDOM HEARTS FINAL MIX overseas.  With the release of KINGDOM HEARTS HD 1.5 ReMIX, fans everywhere now have the chance to play the game in a brand-new high-definition format – and with that, I’m very pleased.

…and so are the rest of us who now have an opportunity to re-live the Kingdom Hearts universe!