“The Legend of Heroes: Trails in the Sky SC” Will Be Coming to Steam and the Playstation Store 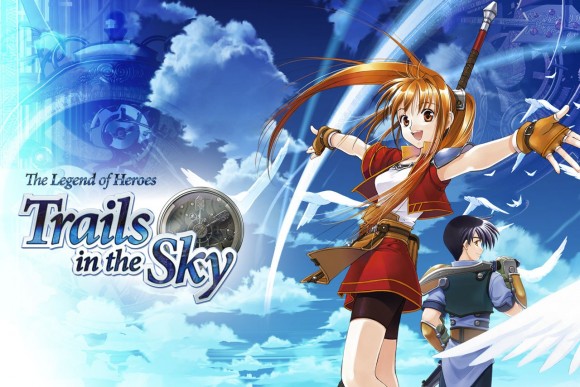 XSEED Games, publisher for Marvelous, Inc.’s line of great anime-inspired RPG’s, has recently announced a partnership with Cape Fulgur, LLC.  Their mission: to bring the cult classic The Legend of Heroes: Trails in the Sky to PC.  This will be the title’s first English release, and that’s incredibly exciting news!  I’m easily impressed!

Originally published for the Sony PSP console, fan reaction, as well as the constant barrage of e-mails requesting a PC release, has pushed Cape Fulgur, LLC to bring their game to PC, which will accompany two chapters of the best-selling series.  They will be sold separately. *cough*cashgrab*cough*  Riiiiicooooollllaaaaaaaaa!!!!!!

We are pleased to finally give the fans what they have been requesting so fervently for over two years,” said Ken Berry, Executive Vice President of XSEED Games. “There’s been a constant demand ever since we released the original The Legend of Heroes: Trails in the Sky, and we are extremely grateful for our partnership with the passionate localizers at Carpe Fulgur to finally make it a reality.

This is something we’ve had an interest in doing since practically the formation of the company.  If you talk about or work with ‘PC gaming from Japan’, as we do, you can’t really ignore Falcom’s huge presence over the past three decades. Trails in the Sky is particularly special, and I’d wanted to work on it ever since the day we started business. I’m thrilled that we will finally be able to bring the game to English-speaking audiences, in partnership with XSEED.

Nihon Falcom, legendary pioneers of Japanese RPG’s, will be developing the series.

According to The Legend of Heroes: Trails in the Skies‘s press release, the game will:

…represent an entirely new stand-alone entry in the timeless The Legend of Heroes series. In The Legend of Heroes: Trails in the Sky, players venture through the diverse landscape of the Liberl Kingdom, experiencing its unique traditions and cultures along the way and shaping the world itself with their decisions.

The Legend of Heroes: Trails in the Sky opens in the quaint and peaceful town of Rolent in the Liberl Kingdom. Home to a peacekeeping coalition free of government ties known as the Bracer Guild, the adventure follows two young aspiring bracers known as Estelle and Joshua on their trials to become full-fledged members of this elite organization. As they embark on their quest, their journey will take them across an entire country, unraveling a sinister government conspiracy along the way that’s poised to overtake the throne, threatening the very peace the bracers seek to uphold. Throughout their adventure, players can expect to learn the full depth of these characters’ origins and motivations through dialogue-driven cutscenes and lengthy side-quests.

Trails in the Sky SC, meanwhile, begins immediately after the events in the first game. Following the explosive revelations at the very end of Trails in the Sky, Estelle feels adrift and must find her resolve along with friends both old and new, and face down the true architects of the chaos engulfing Liberl – a force far more powerful and insidious than she could ever have imagined.

Boasting over a hundred hours of gameplay between the two episodes and featuring an engaging narrative that encompasses everything from politics, economics and conspiracies to tourism, traditions and even a cat-speech dictionary, these two titles in The Legend of Heroes: Trails in the Sky series combine to form an incredibly immersive RPG experience. On top of its meticulously crafted world where all actions and inhabitants are accounted for throughout the story, the game also features a meticulously customizable combat system, a massive cast of characters from all walks of life, a variety of landscapes, an in-game newspaper that publishes new issues as the story progresses, and much more. In The Legend of Heroes: Trails in the Sky, players are responsible for shaping the world, and will see direct repercussions from their actions as the game unfolds.