It starts with one…

One concentrated effort to create a game that will raise money for charity. 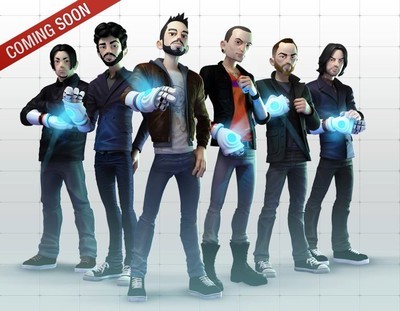 Linkin Park, who have achieved success with a best selling record at an early age, have cemented themselves into alternative rock stardom.  With their chart topping, multi-platinum award winning album Hybrid Theory and its sequel Meteora, Linkin Park has has subsequently helped to define music for an entire decade.  Whichever side of the fence you’re on in that argument, you do have to recognize that Linkin Park has become a staple of American rock history, and no one can take that away from them.

The band has also made large contributions to society with their work with various charities, such as Save the Children and relief efforts for victims affected by Hurricane Katrina and Charlie.  In their latest traipse into philanthropy, they also hope to raise enough funding to support sustainable energy efforts with a new Facebook game called LP Recharge!

If you’re unsure what’s involved in the cause, support for the creation of sustainable energy will only help to ensure the livelihood of future generations.  I’m sure you’re tired of hearing about your environment and how we should all band together into a drum circle hippie style to “Save The World” and whatnot, but this is a very real problem that is facing the world today.  As fossil (yes, fossil, as in, old… we’re running out of them) fuels become scarce and politicians fight for whatever is left in oil created from tar and old dinosaur bones, we need to figure out ways to make it possible for people in future generations to live.

Have you ever had to create a camp fire out of sticks?  Not so easy, is it?  There’s gas in that lighter.  Imagine a world where that didn’t exist?

Enough of that tangent.

What is LP Recharge, exactly?

According to the game’s description:

LP Recharge (is) a Facebook-based game launching on September 12th powered by music megastars Linkin Park (the biggest band on Facebook with more than 55 million Likes and counting) and gaming giant Kuuluu Interactive Entertainment that boasts action-packed sequences, unlimited strategies and a musical score by Linkin Park.  LP RECHARGE is set in the not-too-distant future where humans have depleted all natural resources on the planet and what little energy stores remain have been seized by machines and an elite minority. Players join cooperatively to battle their captors and recharge the world with clean energy.