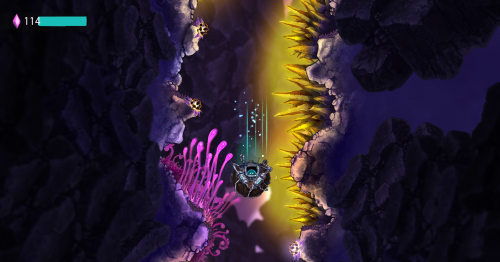 A free demo for the award winning indie game Beatbuddy: Tale of the Guardians has been released on Steam. The demo features a portion of the first level, where players learn how to navigate the “underwater, music world.” The game follows the story of Beatbuddy, an ethereal creature who is awakened from his eternal slumber to save the world using music. It won the awards for Best Art and Best Sound at Intel’s 2012 Level Up Game Demo Contest, and is currently available on Steam for $14.99.

Twain Harte, CA – August 20, 2013 – Reverb Publishing and German indie developer THREAKS are happy to announce today the availability of the free Beatbuddy: Tale of the Guardians demo on Steam for PC, Mac and Linux players. The playable demo is set to Parov Stelar’s “Beatbuddy Swing” and includes a broad swath of the first level where the mystical Beatbuddy first learns to how to navigate his underwater, musical world to open paths as he learns the “rhythm of game” to solve puzzles on his journey.

The playable demo is now available on the Beatbuddy Steam page HERE (store.steampowered.com/app/231040/).

With a storyline refined and polished by award-winning writer Rhianna Pratchett, Beatbuddy: Tale of the Guardians follows the story of an ethereal, blue creature – Beatbuddy – who is awoken from his eternal slumber in order to save the world from Prince Maestro who will take musical freedom from the citizens of Symphonia. Each level has stunning 2D hand-drawn backgrounds and engaging puzzles, with an adventure harmonized to the rhythm of music composed by Austin Wintory, Parov Stelar and other amazing artists.