Fable Legends Revealed as a 4-Player Xbox One Exclusive 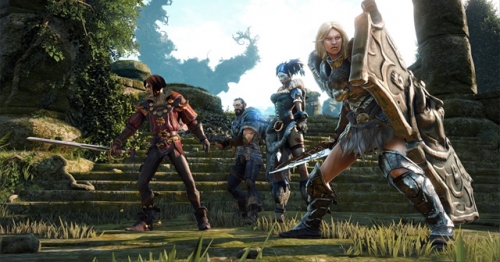 Microsoft has confirmed the return of Fable at its Gamescom presentation, on the upcoming Xbox One platform no less. Titled Fable Legends, the game will be directed by David Eckelberry, and will be a full-fledged entry in the series. It’ll be set in “Albion’s age of heroes,” 400 years before the events of the first game, and is designed with 4-player co-op in mind.

Each of four characters in the game will feature a unique playstyle. In the footage shown, Lionhead revealed an agile swordfighter, an archer, a female barbarian, and a magic user.

In the game’s most unique twist so far, it’ll also feature a slot for a fifth player, who will control the villain. He’ll view the map from a top-down perspective, and can place enemies and traps to try and stop the heroes.

Fable Legends will be an online-only multiplayer game utilizing the Xbox One’s cloud functionality. No release date was announced.