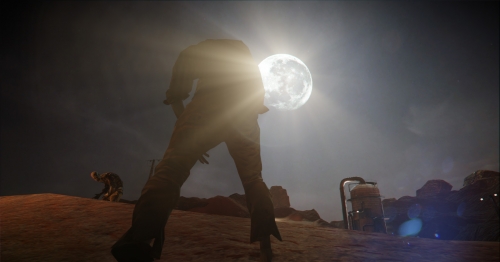 2Dawn Games has revealed a huge update to its online first person shooter Ravaged. The new version, titled Ravaged Zombie Apocalypse, adds five new maps, multiple zombie types, a new “vehicle gas system,” a new loot system, new classes, achievements, and more. It will be available at a temporary sale price of $14.99, and will be free to anyone who already owns Ravaged. It also has Steam Trading Cards, so there’s that.

You can read the full press release below:

Gamers Can Go it Alone or Stand Together to Survive in the New Edition Featuring Zombie Co-op Modes, New Maps, and More

Twain Harte, CA – August 19, 2013 – Indie developer 2Dawn Games, Inc. has produced a new update so massive that Reverb Publishing has re-branded the game to reflect its large collection of new content and features. Dubbed Ravaged Zombie Apocalypse, 2Dawn’s new world still offers the same thrilling, competitive online vehicle and weapon multiplayer madness experienced in Ravaged, but adds entirely new single-player and cooperative gameplay infested with hordes of vicious zombies that will try relentlessly to overtake any and all players. Ravaged Zombie Apocalypse is available now on Steam for the sale price of 33% off of $14.99 to new players, and free for all gamers who already have Ravaged in their Steam library.  Players can also buy the Ravaged Zombie Apocalypse 4 Pack for 33% off of $44.99 for a limited time.

Ravaged Zombie Apocalypse delivers new maps and modes stacked with a wild assortment of super aggressive zombie types. The Player’s objective is to collect the necessary parts to repair the escape vehicle and get the hell out of the zombie -infested areas – or die trying. Jump in solo or go co-op – with four other players – as one of the five Resistance classes. The odds are stacked against you with only one precious life to live and equipped with just a skull cracking crowbar at the start. Loot more weapons throughout the maps as well as collect fuel to use the many Ravaged vehicles.

New gameplay modes and features for the Ravaged that fans know and love include:

Ravaged is rated “M” for mature due to the violent subject matter, and is not intended for younger audiences.