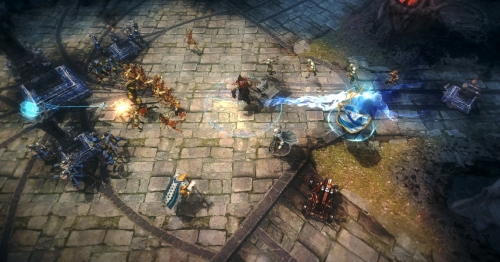 You know what PC gaming needs? Another MOBA. We’re in luck, because Warner Bros. has announced that the previous console exclusive Guardians of Middle Earth will be heading to the PC at the end of the month. This new version of the Lord of the Rings-inspired battler is being developed by Blacklight: Retribution developer Zombie Studios, and will be available on Steam.

Interestingly, this one won’t be free-to-play though, unlike a good majority of its peers. The base version will be priced at $20, and will include Gandalf, Galadriel, Thráin, Gollum, Hildifons, and Legolas as starter “Guardians.” A “Mithrl Edition” of the game will cost $80, and will include all 36 current Guardians as well as their alternate skins.

The game is currently available for pre-order on Steam, with a 10% off bonus for a limited time. Those who already purchased a copy on the Xbox 360 or PS3 will be eligible for a free PC version at an unspecified date.