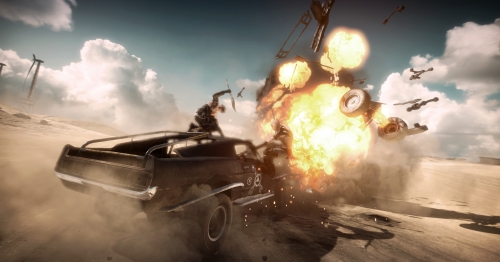 Mad Max is getting a surprising cultural resurgence lately, with both a high-profile video game and a movie starring Tom Hardy on the radar. While we’ve heard very little about the latter, the game was featured as part of Sony’s E3 press conference, and even had a small presence at Comic-Con last month. We don’t know all that much about the gameplay specifics yet, but Warner Bros. has released a pair of “motion comics” to make sure we’re all caught up on the backstory in the meantime. Give them a watch below.

The shorts were written by Tom Taylor, illustrated by Jason Shawn Alexander, and produced at Six Point Harness Studios.

Mad Max is currently being developed by Avalanche Studios, and is targeted for a vague 2014 release window on the PC, PS3, PS4, Xbox 360, and Xbox One.