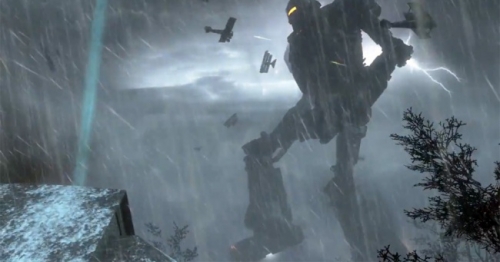 The first new map is titled “Pod,” and is set in a failed 1970s utopian community. “Frost” will take place in a winter-set European locale centered around a frozen canal. The two “re-imagined” maps will be “Takeoff,” a remake of “Stadium” from the first Black Ops, and “Dig,” a new version of World At War’s “Courtyard.”

The new Zombies map will have players teaming up to take down the undead and their new friend: a 1,000-foot tall robot. If more Call of Duty games featured giant robots, I would be a much poorer gamer.

The DLC pack will launch on August 27 for the Xbox 360 for 1200 MS Points, with PS3 and PC versions to follow a month later. In the meantime, check out that gameplay footage below.