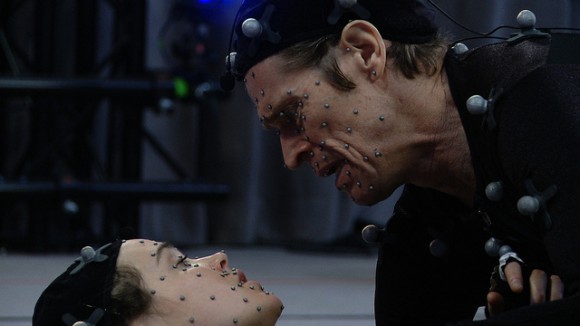 Page’s and Dafoe’s participation in the game goes beyond supplying the character’s voices.  As related on the PlayStation Blog, the actors also performed the roles physically, their motions and facial expressions being sensed and captured to be mirrored by the digital characters.

Beyond: Two Souls relates fifteen years of the life of Jodie Holmes as she deals with her mysterious link to an invisible entity.  The game is scheduled for release on the PlayStation 3 on October 8.