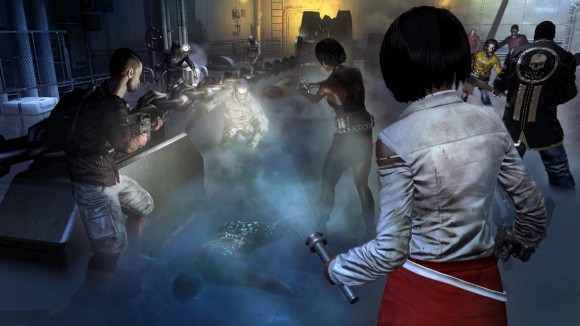 Two DLC packs are in the works: the Survivor Pack and the Fashion Victim.  The former includes a new weapon, an XP stat booster and a shop that gives discounts on purchases, while the latter includes new skins for all five of the game’s playable characters.

Both DLC packs are available for pre-order now, and can also be ordered after the game’s release.  According to a Polygon report, the Survivor Pack will cost 400 Microsoft Points, while Fashion Victim will cost 160.

Dead Island: Riptide is slated for release on April 23 for the PlayStation 3, Xbox 360, and PC.