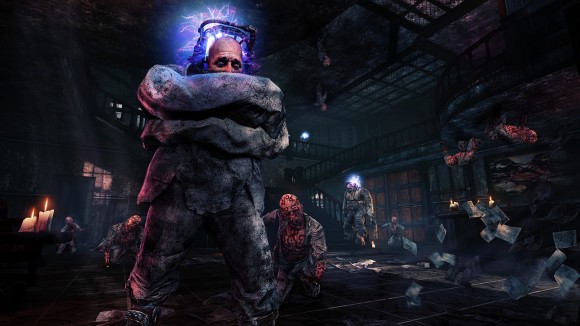 This DLC adds new enemies and weapons and secret areas and a whole new character set (the Lepers), expands two of the game’s maps (the Asylum and the Bridge), and adapts one new single-player map (the Town).

Released in October 2012, Painkiller Hell & Damnation puts the player in the role of a desperate revenant who is collecting souls to bargain for the chance to reunite with his dead wife.