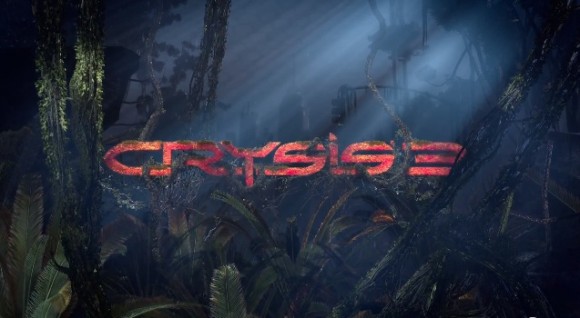 Something about the Crysis series has always seemed to me more than the sum of its parts. Maybe it’s the design elements from Far Cry. Maybe it’s because the designers wanted to apologize for not literally melting PCs with the last installment. So now that the trilogy is complete, what does Crysis sum up to?

I was skeptical of Crysis 3 at its announcement. The development cycle was much shorter than Crysis 1 or 2 and I felt they were rushing to avoid being tasked with making the prettiest game in the release year of the next generation of consoles. But as I let the story and beautiful scenery of the game wash over me I felt relieved that, while not perfect, there was plenty of heart and soul to the culminating experience of this lesser appreciated franchise.

The difference in development time between Crysis 3 and previous entries was almost certainly due to its use of Cryengine 3, which had already been developed and optimized for consoles in Crysis 2. That’s not to say they haven’t updated, however. As mentioned above, the Cry team apologized to disappointed fans of Crysis 2 who expected to have to buy entirely new PCs for each release; a form of Stockholm syndrome I’ve only seen previously in Nintendo fans (disclaimer: I love my Wii and many Nintendo games, but seriously guys, can you stop making me buy new hardware for every Smash Bros?). So Crysis 3 is back to PC melting form, chalked full of visual updates that will impress console owners and once more make PC enthusiasts feel justified in their purchases… for ten more months.

There are many welcome nonvisual changes from Crysis 2 to 3. The single player upgrade system lets you select multiplayer style perk loadouts and change them quickly on the fly. There’s a completely new hacking minigame which allows the manipulation of mines and turrets similar to Deus Ex: Human Revolution. And we can’t forget the bow, a stealth weapon with special electric, thermite and explosive ammunition.

For the uninitiated, the Crysis series follows the members of a team of marines and rangers who were used as test subjects for futuristic nanosuits that can deflect bullets, grant incredible speed and strength and cloak the wearer with active camouflage. The technology for these nanosuits finds its origin in a race of alien cephalopods, referred to cleverly as the Ceph, who have been studying earth and are none too happy about being discovered.  As aliens are wont to do, they’ve destroyed New York City and Crysis 3 picks up in a near dystopic future where the alien threat has been contained and exploited by the private military corporation that took sole credit for stopping the invasion at New York. Perhaps aliens should stop making New York their first stop when invading. I think it’s evident by now that we know it’s on top of every extraterrestrial’s to-do list.

The key elements that make Crysis Crysis are all here. There’s an opening sequence full of human bad guys to overpower followed by much more difficult aliens. There’s a nanosuit with perfect handling and controls giving an immersive and powerful feeling throughout the entire campaign. Best of all, there’s a laser focus on the single player campaign. This is no Call of Duty theme park ride stringing one gunfight to the next until the credits role. Crysis 3 is a story full of deep characters dealing with the circumstances set up by the previous two games. And the level of graphical detail put into even the most obscure corner of the environment is beyond compare. Yet, much like a Christopher Nolan movie, when you reflect on the experience there are many cracks in the paint that become apparent.

The technical flaws are few and far between, like the occasional glitchy animation, but most of the games downfall comes from odd story choices. For instance, the optional intel pickups don’t compliment the story so much as bludgeon you with it. A dossier on a primary character, for example, may say that, due to elements in their history the character may not react well to a particular type of situation. You can be sure the outlined situation will occur and the character will reference personal history in their ensuing breakdown.

Some of the story elements you’re asked to accept by the end seem to have little justification, leaving the plot feeling nonsensical. In Crysis 2 most of the game was spent establishing that the nanosuit could think for itself and developed a way to damage Ceph technology by interfacing with it. But how did that turn into Prophet firing bolts of red lighting from his hands to destroy anti-air turrets? This may be a problem created by the character dynamics. Most of the primary cast of Crysis 2 was better informed on the nature of the nanosuit than the protagonist with characters like Jason Gould and Jacob Hargreave to reign in the space magic. But in Crysis 3 the only person who understands the nanosuit is inexplicably mute, as if in a silent seizure, except for when the plot demands he say something cryptic or fire bolts of lightning from his hands, because by 2035 I guess that’s something of a banality.

Despite the annoyances the story is a fitting conclusion to the franchise. The character Michael “Psycho” Sykes makes a triumphant return to the series after his absence in Crysis 2, coping with the recent loss of his nanosuit and probably some post traumatic stress. At first I was annoyed by the change of voice actors between Crysis 1 and present, but once I got a face full of the visuals, literally, I understood the reasoning behind this choice. The facial animations in Crysis 3 are literally the best I’ve ever seen. Yes, even better than L.A. Noire. I’d be willing to bet that they needed to change the actor for Psycho to someone who looks like the character so they could match the lip syncing better. On this note I’ll say that the acting across the board is top notch, especially Psycho. The level of detail in faces and animation has allowed for scenes that convey emotions without lines as Psycho deals with his new found mortality and Prophet copes with the loss of his humanity.

On the multiplayer side of things, in addition to your standard team deathmatch, Crysis has embraced what makes it different from Call of Duty with Hunter mode. In this multiplayer mode two permanently cloaked players with nanosuits and bows take on a team of regular mortal players. Those who die switch sides until one team is wiped out. This makes for a compelling new way to experience the nanosuit rather than just another cookie cutter team deathmatch.

Any good Science Fiction has some technobabble you just have to forgive; some nonsense here or there that creeps into expansive original worlds. The plot may not be perfect, but the story telling and the characters certainly are. The Cry-team has never taken the easy road, not just pushing technology to its limits, but also the expectations of its fans. Each iteration in the Crysis series has never picked up quite where its predecessor left off, taking characters and events in directions that defy norms and provide welcome new ideas to an otherwise stagnant genre. Crysis 3 may not be the most impressive game this year, but taken as a trilogy with a glass of cognac, this series is a thinking man’s shooter that should be considered the highest benchmark for story driven action games trilogies.

7 comments… read them below or add one