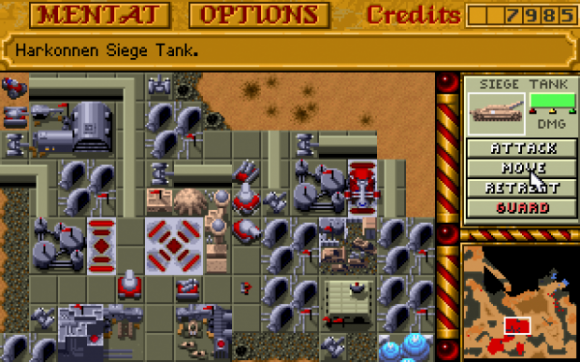 Westwood Studios’ classic real-time strategy game Dune II: The Building Of A Dynasty is now available for you to play on your browser, in the form of an HTML5 port.

Based on David Lynch’s 1984 movie Dune, in turn an adaptation of the famous science-fiction novel by Frank Herbert, Dune II puts the player in the role of one of three noble houses competing for control of the desert planet Arrakis.

The game can be played online here.