I am constantly in front of my laptop.  I mean, constantly.  I typically don’t like to leave my bedroom.  All of my favorite things are here: my TV, video game consoles, internet, laptop, mini-fridge full of cold beer, etc.  I groan when I have to use the restroom most days.  I complain when I have to do chores or eat.  It’s a real inconvenience just having to get up in the morning to look into a mirror and head back to bed… I mean, shower and shave for work…

I used to get headaches because, you know… life!  However, I saw an optometrist for myopia (near sightedness) who also told me that staring at a computer screen for HOURS may cause eye strain and fatigue, which might be the reason why I keep getting headaches all the time.  I just thought it was because of stress and unemployment, but I guess he’s a doctor and probably knows better.  Also, my doctor says I might have a problem with light sensitivity.  My ex-girlfriend used to say she liked that I had sensitive eyes… then she flashed a halogen light into them before kicking me where the streets have no name when we broke up… 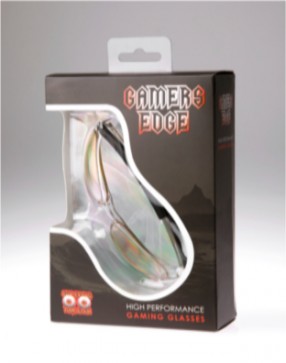 I started doing some research into protective eyewear and came across the Gamer’s Edge glasses on Amazon.  I decided to pick up a pair for about 30 bucks with no tax because I’m both cheap and broke.  Amazon Prime, FTW!

Unboxing the glasses reveals a nice little cloth case that also doubles as an eyeglass cleaner, according to the packaging, which is a nice little bonus for something so inexpensive.  I felt good about my purchase already! 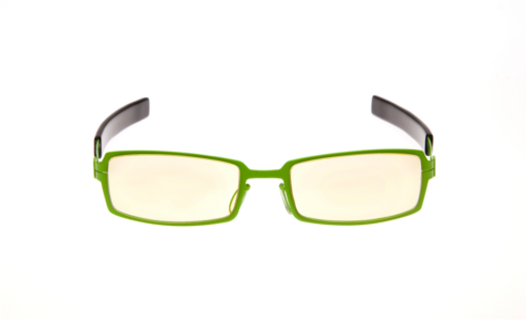 I needed something to match my baby blue Teenage Mutant Ninja Turtles t-shirt… don’t judge me!

I’ve been playing games, watching movies in HD, and staring at this bright white background on WordPress (looks a little brighter on the back end of things) while typing for the past nine hours now and my eyes feel awesome!  I usually fall asleep sometime during the day, but my counter-productivity today has been at its peak since I started wearing these things.  I’m so wide awake right now that I started searching for jobs on Craigslist for like, an hour!

I didn’t really notice much difference in my gameplay during sessions of Deus Ex: Human Revolution, Plants vs. Zombies, Symphony, or Dead Island on Steam, but I don’t usually play video games competitively. I also watched A Different World on my Samsung HDTV today and I didn’t have to look away from Whitney’s dimples for the entire length of the show, so that was an added bonus!  The glare reduction from these glasses allow me to keep my eyes on the screen for extended gaming sessions, movies, and etc. without tiring them out or causing any more headaches.

The glasses themselves utilize some type of lens filter, which is kind of annoying as everything that I look at has a sort of yellow tint now, but I suppose the ends do justify the means.  The frame for my pair is pretty comfortable and are a great fit for my watermelon-sized dome.  I barely even notice I have them on half the time, which is great at home, but annoying when my friends ask me why I’m wearing my sunglasses at night.

I went ahead and ran a Google image search for any other models of Gamer’s Edge and this is what I have to share with you kiddies: 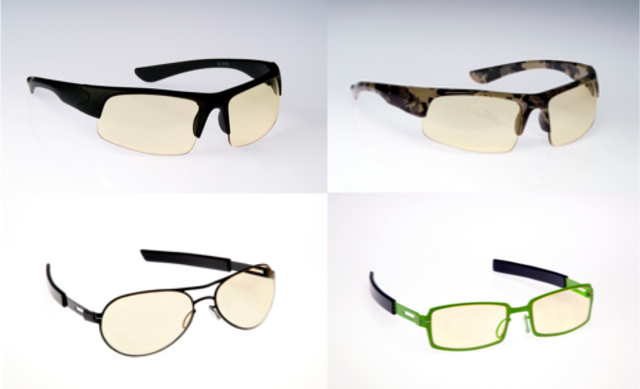 I tested these glasses for the day and, while a lot of girls complimented me on the hipster-vision, they didn’t really do much to shield my eyes from the UV rays of the sun.  The glasses are specifically made for indoor use, so I guess that’s not too much of a problem.  I did notice a slight difference, however, but it was minimal.  I also took them out at night (like the douche that I am) and there was a significant reduction when looking into halogen lights and street lamps, so that was a pretty interesting find.  If nothing else, these glasses would also be great for night time driving as well as everyday use in front of HDTV’s and computer monitors.

I suppose the question is: are these glasses really worth the purchase?  Yes, definitely.  They won’t break the bank and they do limit eye strain and fatigue.  Also, wearing them outside will probably make you look like a member of the hip hop group Odd Future, but if you’re already in front of a computer long enough to need them, then you’re just being you.  Don’t feel too bad about yourself, little brother.  We’re all rooting for you to get that girl and win that boat race! 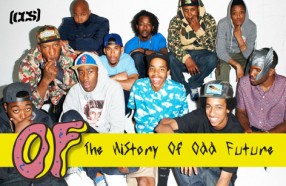