5th Cell is known for developing a couple of really creative puzzle games with cartoonish visuals for the DS. Their newest game is  something completely different. Hybrid is an online only sci-fi shooter on the Xbox Live Arcade.

Hybrid is the coolest and most innovative competitive shooter I’ve played in a long time.

Unfortunately, Hybrid suffered server problems at its launch. I had to wait a while to download it because it was actually taken off of XBLA for a short time. Such problems can be especially worrying for an online only game. If the servers don’t work, you don’t play. I was afraid that this might kill Hybrid before it even had a chance at success. Online only shooters are usually a hard sell, especially if they aren’t free to play. Hybrid doesn’t just have a price tag, it’s only available on the Xbox Live Arcade. But, really, none of that matters, because this game is awesome. 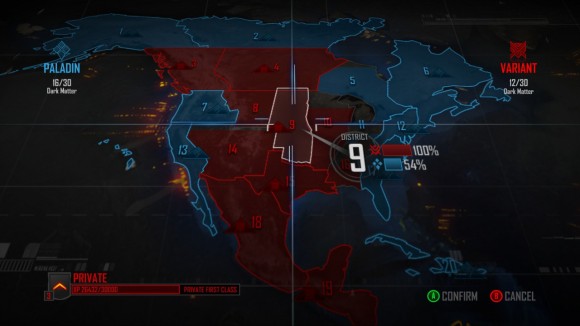 When I first started the game up even the menus impressed me. They are crisp and bright in a way that just pops off of the screen. I can’t think of a full retail game that has such snazzy menus. It’s a good representation of the rest of the game. Everything is super polished.

The whole thing is based on a future world war between two factions. When you first sign in to play, you must pick a faction. Then you choose what territory to fight for. If you play well, you’ll gain districts and points for your faction. Certain districts designated as “hot” will net you extra experience. There’s even a really cool system where each district has outposts that can be upgraded to enhance your own perk-like abilities. 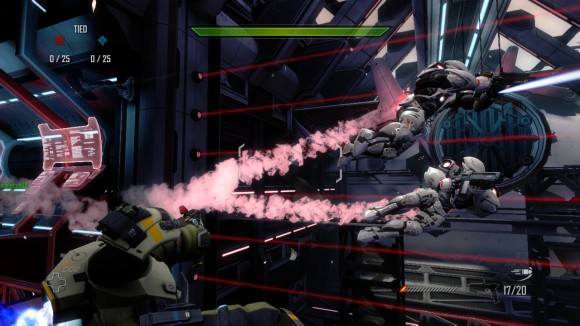 The in-game controls are what make Hybrid really special. It’s a third-person cover-based shooter, but you don’t have complete control like one would expect. You traverse maps by jet-boosting from cover to cover. There are designated cover locations throughout the map. Once you select a spot, you’ll fly to it automatically. You can strafe and boost on the way, though, so you’re not helpless. You can also select a new cover spot to change direction mid-flight, or press B to retreat to your previous spot. Of course, you can shoot while you’re moving, too. All of these things combine to create a really cool combat dynamic, especially when some cover spots are located on the walls or ceilings. 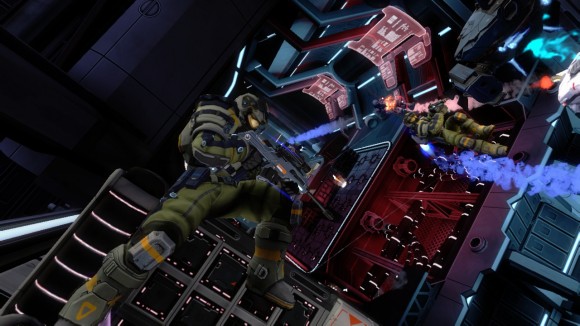 Hybrid supports only 3v3 matches. That’s just perfect, though. Kill streaks unlock AI controlled robots to assist you, so there are often more than just 6 guys flying around. The maps are small arenas  that keep the action high.

It has all the unlockable goodies that you would expect from a modern shooter. As you gain experience and level up you are able to unlock new weapons, abilities, and helmets. There is even a prestige system.