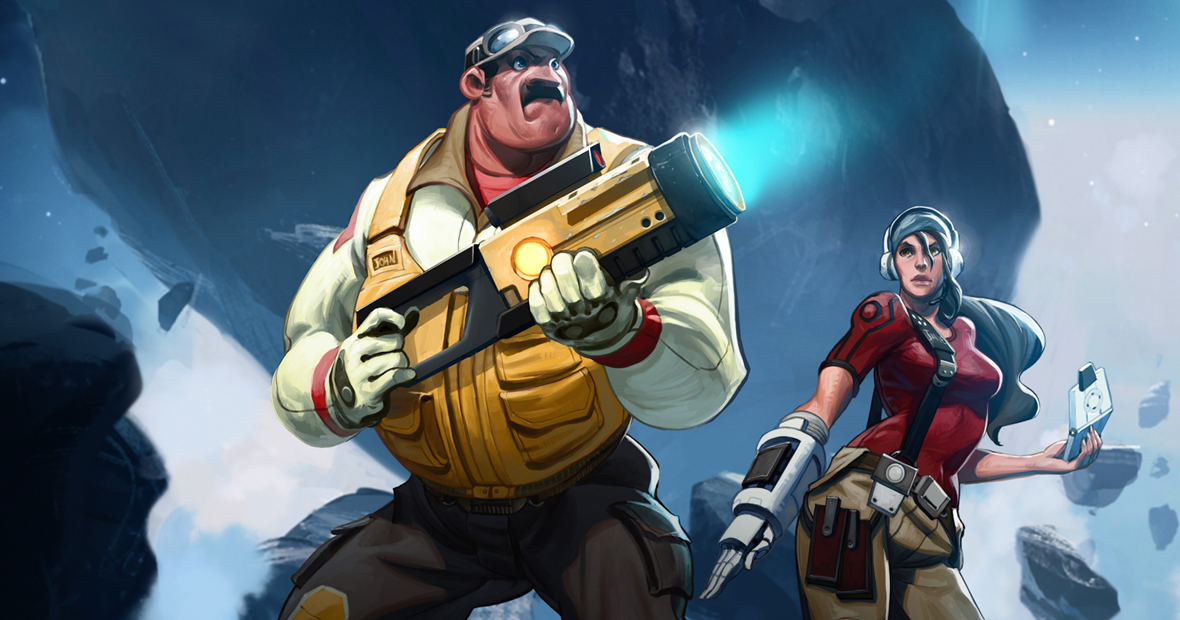 Mining asteroids ain’t no easy job. Rock is hard, or so they say. But is John Rochard harder? The portly space miner takes on bandits and physics puzzles in Rochard for the PSN and PC. Though I can neither confirm or deny the hardness of John Rochard himself, I can say that the game which carries his name is no slouch.

Rochard has its flaws but the most important aspects of the game, the controls and level design, are top-notch.

The side-scrolling platformer is a puzzle game at its core, and those puzzles are great. You use your mining tool, the G-Lifter, to move objects, shoot baddies, and launch grenades. The convenient device even allows you to lower gravity on command. Naturally, lowering gravity allows you to pick up heavier things and jump farther. Each aspect of the G-Lifter comes into play through the myriad puzzles and battles that Rochard is confronted with. Every now and again a room may act as a frustrating roadblock. It usually happens when an area is more full of enemies than puzzle elements. Those roadblocks never seem to last long though, as the solution comes with just approaching it differently. 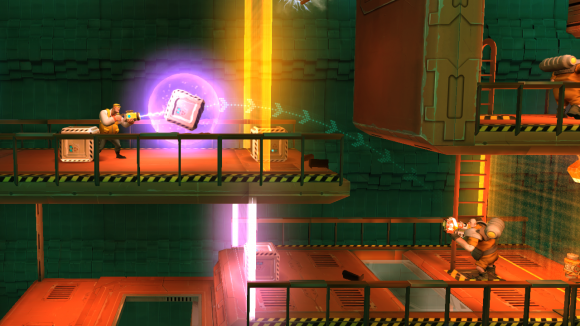 Rochard’s puzzles are challenging, but never unfair or impossible. They throw a ton of different things at you; movable platforms, energy barriers that are selective about what they let through, powerful lasers that cut through crates and people alike. The puzzles never get stale either, which is a real accomplishment since the game is around ten hours long.

The weakest parts of Rochard, though, are the story and dialogue. It aims for campy charm, but more often than not overshoots the mark completely. The voice acting is downright terrible. Jon St. John, the voice of Duke Nukem, plays Rochard and his work is decent, but everyone else in the game sounds like they’re spontaneously reading their lines off of sloppily written flash cards. Even Jon St. John’s performance is often ruined by really lame dialogue. Some of Rochard’s one-liners are quite clever and might make you chuckle, but then the next twenty will have you face-palming. Regarding the game’s actual story, it’s pretty meh. There’s not much else to say about it. 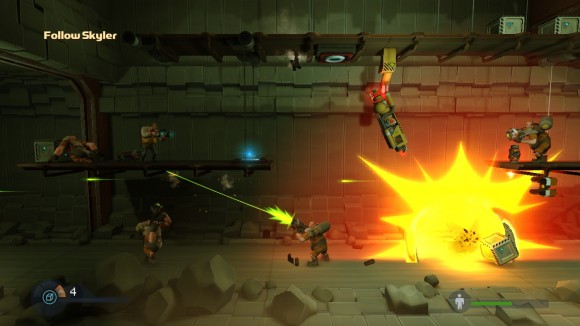 Rochard has a colorful and cartoonish art style that fits it well. The art direction does a better job establishing the game’s playful atmosphere than the cheesy dialogue does. Many of the levels are damn beautiful. The music is fantastic, as well. It was created by Markus “Captain” Kaarlonen, a Finnish musician and producer from the rock band Poets of the Fall. The music is a charming and super catchy mix of southern rock and 80′s inspired electronic music.

Though the cut scenes are filled with bad writing and even worse voice acting, you’ll forget all about them once you’re back in the game solving puzzles and crushing enemies with crates. Rochard is a hell of a lot of fun, and gives you more than your money’s worth with a campaign over twice as long as Modern Warfare 3′s.

Warning: call_user_func() expects parameter 1 to be a valid callback, function 'list_pings' not found or invalid function name in /nfs/c04/h01/mnt/59741/domains/gamingdead.com/html/wp-includes/comment-template.php on line 1336