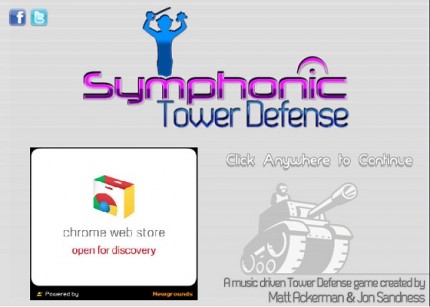 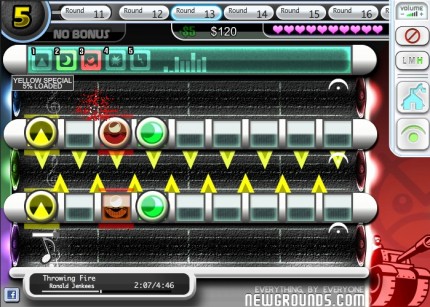 The game plays on a three track  defense course which is displayed as a music sheet running across the screen. The game sends musical notes across the music sheet which you defend against with five different tower types, all with their own powers and prices, used in tandem with support abilities that can add affects against the notes such as slowing them down or as a last ditch attack. There are also special chargeable abilities that come with each tower that can be used as large one time attacks that you can use as large attacks if you need them. The notes each come in waves, and only appear at the beats of the song. Each wave has a chance of having a special note that if killed increases something about the next wave, such as double money or double special charge. Sounds easy at first, but most of the nine songs in the game are techno/dance styles so the beats come fast and often. Each song gets progressively harder as they are unlocked, and even then each song has a “normal” or “hard” mode to really challenge yourself. 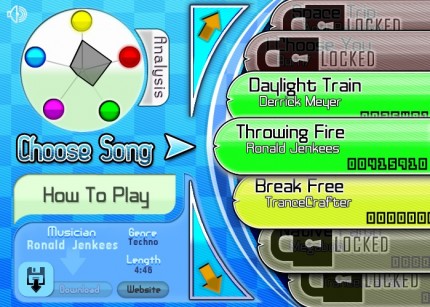 If you have a hankering for some really unique and fun tower defense, or a new take on rhythm games check out “Symphonic Tower Defense”!