ProtoGalaxy Update and Demo Released, 50% Off on Steam 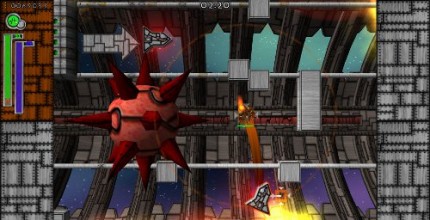 Source Studio has announced the release of new updates and a playable demo for their action exploration game ProtoGalaxy. Both the patches and demo are available now on Steam. Additionally, the title is 50% off and goes for just $5 through January 2.

The updates bring the game up to v1.05 and add fixes and adjustments to gameplay, menu, editor, controls and other areas on the game.

It is now possible to join network games while missions are in progress.

Fixed a bug where network clients would sometimes lag behind the server, causing sync issues.

Fixed a rare bug where some enemies would survive upon taking fatal damage.

Fixed some cursor movement speed inconsistencies during the game.

Fixed a bug where some users would crash on launching the game.

Fixed a rare crash that could occur when joining new players on the campaign menu.

Fixed a bug where a users host name on the Join Screen was sometimes missing a character.

Hot key controls are now set by default for the first Controller for new game installations.

It is no longer possible to remove required controls from the Pause Menu.

Added some basic default triggers to new maps created in the editor to help new users work on maps.

Added hotkeys for switching weapons. This allows players to switch actions without using the radial menu. NOTE: For users already playing ProtoGalaxy, you will need to reset your controller in the options menu to get the hotkeys added to the control settings.

Added option for hotkeys to fire rather than just switch action.

Added option for aiming controls that are independent of ship movement.

Fixed a crash that could sometimes happen after playing for a long time.

Fixed a crash that could sometimes happen while playing sounds.

Fixed a bug where some valid screen resolutions were not being listed in the options menu.

Added buttons to switch between 16bpp and 32bpp screen modes.

Added options for turning off damage and helper text in missions.

The laser graphic is now larger so it is easier to tell when it will cause damage.

Made text boxes much easier to see.

Allowed networked computers with no players to access menu while in mission.

The pause menu can now set multiple controls for each action similar to the main menu.

Fix a crash related to the network game list.

Allow controllers to scroll lists on the main menu similar to the campaign menu.

The game now identifies profiles that are invalid and prevents them from crashing the game.

Fixed a crash related to selling components in the shop.

The cursor on the campaign mission select screen now updates across the network.

Levels can now have up to three missions.

You can now place objects in a campaign map.

If a mission has no objectives, the campaign menu now has text to state that.

Using the move region command in a map with no regions no longer causes game to freeze.

You can now set the maximum x and y rotation of player ships.