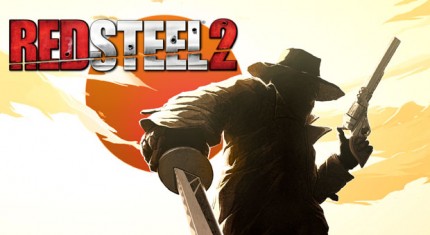 The developers of Red Steel 2 said they wanted to keep everything that was good about the original Red Steel and work their way up from there. Consistent with this mantra, Ubisoft kept absolutely nothing from Red Steel.

Red Steel 2 is the anticipated implementation of a Wii controller attachment which makes the Wii able to do what we were told it could do in 2006. The attachment is called Wii Motion Plus or, as I like to call it, ‘Wii See What You Did There.’ The addition of another accelerometer gives the Wii the ability to accurately tell controller rotation and velocity, allowing 1:1 movement between the controller and an analogous object in the game, in this case a sword.

Using the added controller information, Red Steel 2 is able to create a sword fighting system unlike the waggle physics you’ve seen before. The game is set somewhere in Nevada. You know Nevada, that western state between Tokyo and Koriyama? Well at least that’s where the Wild West took place in Red Steel 2’s universe. And in this generic town of Wild West Japan, you are the last samurai gunslinger of your clan of warriors known as the Kusagari. The whole endeavor is a thinly veiled excuse to liberally mix swords and gun slinging just because it’s awesome. They’re two great tastes that taste great together, like Jalapeños and Sushi (don’t judge me).

Red Steel 2 mixes guns and swords the way Hugh Hefner mixes business and pleasure. I have no doubt that it took endless hours of playtesting to get the balance just right. The gunplay allows you to dispatch weak or unarmored foes before they close to melee, but since you and everyone else can block bullets effortlessly with a sword, you’ll find plenty of reasons to switch weapons in every fight. You can master magical attacks with your katana to give it some uses at a distance and you can use well placed bullets to cripple enemies and set up close range combos. Since it takes literally no time to switch between weapons, this makes motion based controls better than the same controls would have been on a normal controller. If you had to hit a button to switch weapons, for example, you would have to move your thumb away from whatever else it was doing and stop attacking for a moment, whereas here you can react with the appropriate weapon as fast as you can think it.

The town in which Red Steel 2 takes place is somewhat of a curiosity. Apparently, sometime in the recent past, the ambiguous country the game takes place in stopped accepting dollars in favor of yin and everyone threw their money in the garbage as a result. You can find money literally everywhere, garbage bags, boxes, beer bottles, kegs, and it’s all fairly worthless, costing something like five hundred dollars for eight revolver bullets. By the end of the game you’ll have destroyed an extreme number of kegs farming for upgrades, which is my first major problem with the game. Forcing the player to suppliment their income by walking around a deserted town rummaging through garbage does not make me feel like an awesome samurai cowboy. In the final sequence of the game, you’re given extreme numbers of kegs, safes and other sources of money but since you can’t continue the game after beating the last boss, there’s literally nothing you can spend it on.

Due the sheer number of kegs you’ll have to destroy and the fact that the hero of the game has no name, I’ve opted to call him Senior Kegsplitter, the Kusagari Kid. Senior KKK (that didn’t come out quite right) has just returned to his home town to find it has been taken over by bandits who are under the employ of a group of samurai who have murdered your clan. Your friend, the sheriff, is there to help you with gun upgrades and your friend, the tech wiz girl, hacks into enemy communications and unlocks doors for you. Your swordfighting skills are learned by the requisite old hermit that every good samurai knows. The only real character in the group that isn’t just a mix of clichés is the businessman who profits by arranging fights between you and your rivals and takes bets on the outcome.

But the plot is secondary; this game functions just fine pointing you in a direction and telling you to fight things with your sword, because that’s loads of fun. The graphics speak for themselves, working at a smooth framerate in a beautifully artistic format. The Wii may not be able to do photorealism, but Red Steel 2 would have gained nothing visually by putting it on a faster console. The movements are far more precise than just waggles. When I began Red Steel 2, I reacted to enemies by waggling the controller in their general direction. Red Steel 2 politely informed me that that would not be acceptable and, if I wanted to swing a sword, I should probably start acting like I was holding a sword. The controls are fantastic, able to easily distinguish between a light swing and a hard one. The only problem is that you must pull back for a large swing slowly or the game will interpret it as a stab for some reason. This steepens the learning curve a bit, but once you’re used to it, it’ll be second nature. 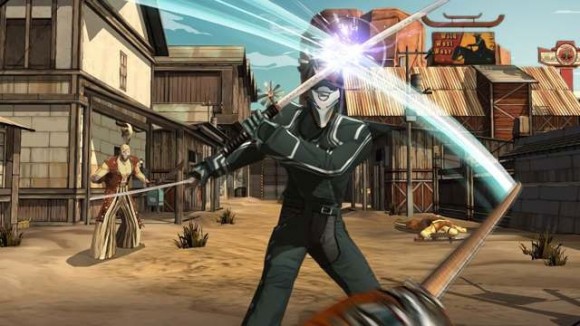 The game’s only real problem with combat is its ridiculously overpowered counterattack move. Most of the magical attacks you can perform with your katana are about as powerful as a car battery run by hamsters, while the counterattack move which automatically blocks everything and enters you into a slow motion state, is about as overpowered as a hamster wheel spun via car battery.

The scope of Red Steel 2 feels limited, having no replay value other than harder difficulty settings and challenge modes, which time you on replaying chapters out of context. If you like the combat as much as I do, you’ll probably keep coming back to it, but it’s a one trick pony lacking any multiplayer or unlockable difficulties. Red Steel 2 seems like a missed opportunity in a lot of ways. But it’s certainly a reason to get Wii Motion Plus, and for that matter, a reason to use your Wii again all you adult gamers out there who got one for Smash Bros and let it collect dust ever since.