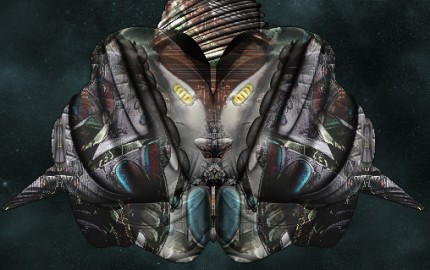 Contrary to popular belief, drinking until we can’t feel things isn’t the only way we get into the Holiday Spirit here at Gaming Dead, well at least not this year! We’ve teamed up with Arcen Games to offer up five copies of their ever-growing RTS title AI War: Fleet Command and its upcoming expansion The Zenith Remnant (a $30 value) to five lucky readers.

Throwing your name into the hat is really easy, simply join our Facebook fan page and/or follow us on Twitter and you’ll be entered to win a copy of both the core game and the expansion. If you do both you’ll double your chance to win.

Read on for rules and details.

We will be choosing and contacting five people from our Facebook/Twitter followers who will receive their prize of AI War and its expansion. If a winner refuses or doesn’t respond then an alternate will be selected and contacted.

This will be the first of hopefully many contests/giveaways here at Gaming Dead, so stay tuned for other offerings down the road.

Winners will be chosen at random one week from today on December 21. Best of luck to all who enter!

5 comments… read them below or add one

Warning: call_user_func() expects parameter 1 to be a valid callback, function 'list_pings' not found or invalid function name in /nfs/c04/h01/mnt/59741/domains/gamingdead.com/html/wp-includes/comment-template.php on line 1336