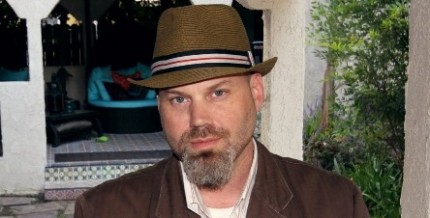 Today’s interview is with audio extraordinaire Rob King, whose credits on over 100 games include such titles as Quantum of Solace, Fable 2, Neverwinter Nights 2, the entire Heroes of Might and Magic series and countless others. And that’s not counting his film credits, which include promo trailers for I Am Legend, Watchmen, and 300 as well as music for the 2006 Oscars. He’s currently hard at work on the audio for the upcoming MMORPG Heroes of Telara. More about Mr. King can be found at his website, Green Street Studios. His interview was both enlightening and incredibly interesting, and I’m definitely keeping an eye out for his new titles, including Heroes of Telara.

Q: So, for starters, tell us a bit about yourself. How did you get started? What led you to your current position?

A: Well, I started doing music and writing when I was about 15, and I did that for quite a few years. And then, in 1994 I got a job with a company called New World Computing. Might & Magic IV had just come out, and they were just coming along with the concept for Heroes of Might & Magic. Heroes of Might & Magic I was the first game I worked on. They had a couple of other companies that they were funding and publishing, and I did the audio for their games as well. I was about the 20th employee at the company, so they were pretty small. I worked there for four years at the office and then from my studio for the next four before they shut down around 2002. I’ve worked as a full-time private contractor from my boutique studio since 2002.

Q: Audio’s come a long way since the days of the SNES. What sort of things does your job entail?

A: Oh, yeah. When I first worked at New World Computing, they’d just shipped Might & Magic IV, which was the first game to have a lot of voiceover on it. They recorded it in a very “challenging” way in their conference room, and it was their first project to hire professional actors. It’s come a long way since that, with the average big project getting triple-A actors.

Shortly after I started at New World in ’94, I met Paul Romero at a party where he was doing a piano performance. My background was basically rock music, and he was a classical pianist. I wanted to do something different for that game, and I wanted it to have a baroque, classical feel. We hit it off at the party, so I asked him if he wanted to help me. I was working from my apartment at the time, so he came over and did the soundtrack in the bedroom of my apartment. We’ve been working together ever since. I had a futon with a little mini-workstation, and we did the whole thing in there on an Atari 1040st. Heroes of Might & Magic did really well which was pretty awesome, and I’ve been doing the series ever since, including after Ubisoft bought the license in 2005, where they brought us on to continue the “feel” of what we created since the beginning back in 1994. I’ve been doing Heroes of Might & Magic franchise with my partner Paul Romero for about 15 years.

Q: What drew you to this facet of the gaming industry in particular? Do you do any other types of work?

A: Well, ever since I was a kid, I’ve always been technically minded as well as being interested in music composition. It’s all I’ve ever really done; I’ve only had three jobs. I’ve worked at a record store and a clothing store while I was in college, then I went to New World Computing. It’s all I’ve ever wanted to do, and I’m fortunate that I get to keep doing it. I currently compose, cast and direct dialogue, record and mix music and SFX, and I have 15 years as a senior sound designer under my belt.

Q: So, one of your current projects is the upcoming MMORPG Heroes of Telara, which is being developed by Trion World Network. I know you’re on the audio side, but can you tell us a bit about it? Any epic scores?

A: I’ve been working on H.O.T. for over three years doing creative content, but I was in on it earlier when the company only had a handful of employees. I was helping them on how the audio direction would be on this game. I’ve been helping them design things on an audio level, and they’ve been pretty great about that stuff. About a year into the project we brought in Yannis Brown as an audio lead up at Trion to do implementation as well as help out on the massive amount of other sound design needs and he of course has been an amazing asset to this monster of a project. Probably out of every game I’ve ever worked on in my life, this game has the most detailed sound. Like, for instance, when we started working on actual game assets after our sound demos, one of the first big projects in the game was the footstep engine. Even for something as simple as footsteps, you could have about a thousand plus variables in footsteps, depending on the terrain, what you’re carrying, weather, ground debris and actual ground surface. You could go from gravel to grass to mud back to gravel, and if you cross a branch, bush or the weather changes, the sound will be affected. We put all this detail into things, and it came out really cool. I’m glad I could do that, because most people either don’t have the budget or aren’t willing to try it.

The thing about Trion is that they’re always willing to try new things, and say, “Let’s try it and see how this would work.” Working on the footsteps also helped set things up for how the sound would work in other areas of the game, like the ambiences, creatures and music implementation. Way back at New World, there may have been only three sounds for a creature (attack, injury, and death), which was pretty much the de facto on sound effects due to memory constraints and the lack of system resources. In Heroes of Telara, the average creature has between 50 and 120 sound effects attached to it’s variety of animations which gives them tremendous detail when you are fighting them in the game.

Q: Do you have any favorite or most challenging projects? If so, why?

A: One of the games I remember being very proud of is the Scarface game for Vivendi Universal. I’m a huge fan of the movie, so it was awesome for me to be part of that franchise and to direct the voice-over as well as get to write a bunch of the in-game dialogue. I also made a good friend in the Audio director on that project Rob Bridgett. I really had a blast with Quantum of Solace in the summer of 2008; the audio lead Chuck Russom and myself got to go to England to direct the cast of Q. O. S. and Casino Royale and I had a great time. Especially getting a chance to work with Judy Dench.

For me, being an audio guy, the Heroes of Telara project has been great because we really have no boundaries about how we create our content, and we really try to push things forward with the audio. I really can’t wait until they have a build that people can try out. Heroes of Telara is getting so big as far as content, and the world is so huge, we are really working hard to get all the audio in the game. Being so massive even for an MMORPG, there’s so much data, so there are so many things to think about as far as detail in the audio. They’re trying to polish it and see how it’ll work when the public gets a hold of it. It’s looking and sounding pretty damn good right now.

Q: Finally, what’s your favorite game to play of all time?

A: One of my favorite games to play, and I would love to work on one, is Command & Conquer. I would love to work on a Command and Conquer game in any capacity: sound, voice, whatever. I enjoy the games so much it would be great fun to actually work on one. I remember back when I was at New World, there were so many days wasted at the office playing that game. They finally put out a memo saying no Command & Conquer during office hours. Needless to say, we spent many nights till midnight at the office, and it wasn’t crunch time. :)