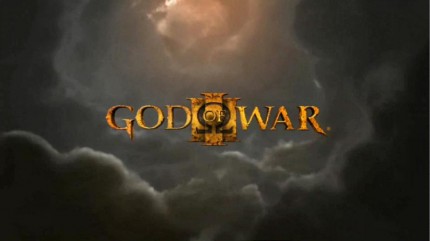 Take an in-depth look at the latest trailer for God of War III and find out what will make this one of the biggest games on the PS3. 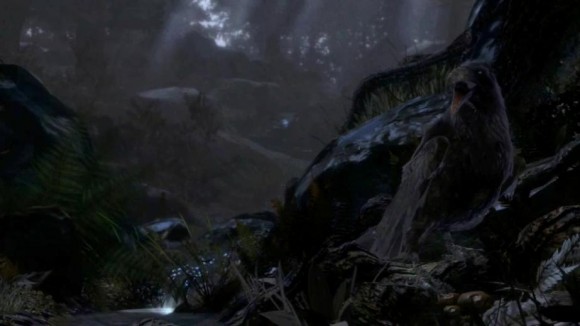 The video begins with a crow swooping down on a forest,  storm clouds billowing in the background. The most impressive part about this scene is that it has  been rendered entirely in-engine, using actual models and textures. SCE Santa Monica studios is clearly capable of producing cinematic cutscenes, which begs the question: will God of War III make any use of pre-rendered videos or forgo them entirely?

The trailer quickly moves to show Kratos doing what he does best. 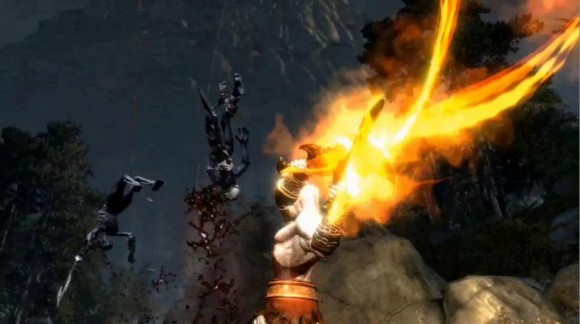 He’s back in all his blade-swinging glory, seemingly sporting his entire repertoire of moves from the previous titles. The trailer also hints at a new fighting flow. Instead of working on a few enemies for a while, Kratos nimbly moves from one enemy to the next, often taking out multiple foes in a single finishing blow before engaging the next group. We may be seeing evidence of a streamlined combat system.

The developer’s guiding principle for GoW III seems to be “bigger is better” – and it absolutely is.  Where in earlier installments Kratos could hope to go up against a group of 10 enemies, he will now be fighting mobs of 50 or more. After making short work of a horde of skeletons and a fully armored centaur, Kratos comes upon a field of skeleton warriors. 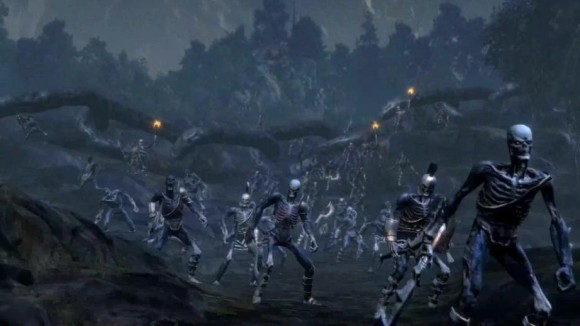 Which brings us to the new commander class. 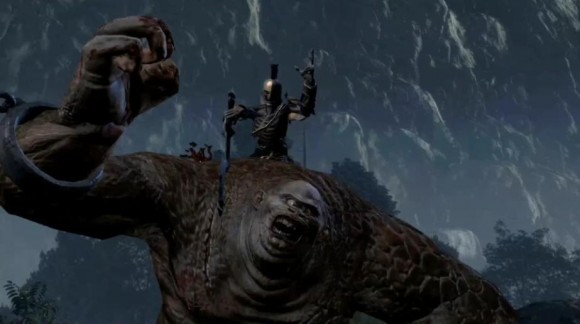 Commanders are new addition to the GoW series. These special enemies direct the AI of large groups. After spotting Kratos, the commander’s forces turn and charge him. Taking out the commander first will presumably throw the troops into disarray, making them easier to defeat, but this leader was well protected. Kratos had to fight through the entire mob, destroy a giant chain (more on that later), and take on the cyclops to get to him. Not an easy task, even for a spartan.

Kratos manages to bowl through several enemies but is quickly overcome. The skeletons swarm, pinning him to the ground when suddenly he blasts them into the air. Say hello to on-the-fly weapon switching. 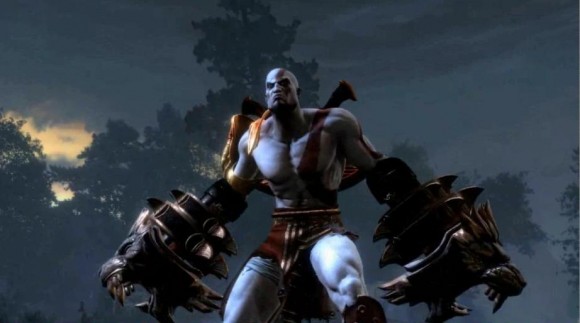 Gone is the cumbersome trip to the menu to exchange your handy blades for a second-rate sword. The developers promise secondary weapons will play an integral role this time around, allowing for greater flexibility in combat. For example, a combo that begins with Kratos’ blades can be modified with a quick switch to a sword for the finishing move. In the trailer, Kratos manages to pummel his way through the crowd using Cestus, massive lion shaped gauntlets. Think of the power-gloves in Fallout 3 and you’ll have the right idea.

Finally making it to the commander, Kratos climbs the cyclops and drives it. Yes, he jacks the cyclops, like in GTA. 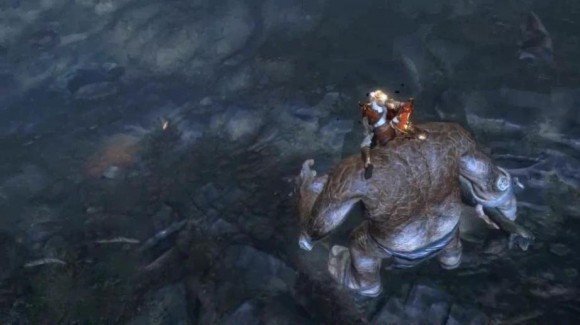 Kratos is then able to take out the rest of the soldiers by having the cyclops swing wildly at them. The developers assure us that players will have more than one opportunity to make use of controllable monsters. And just when you thought the trailer was through, the world begins turning on its side. The cyclops clings to trees as they go horizontal, boulders and enemies tumbling away. Environments will be dynamic, subject to changes in physics. 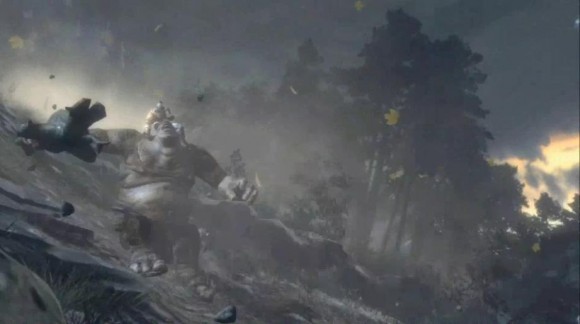 Kratos makes a last ditch attempt by leaping onto a harpy, using it to fly to safety and as the camera pans out your brain begins to grasp just how amazing this game will be. 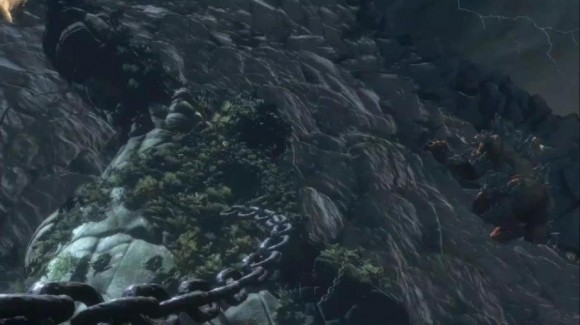 The trailer’s entire battle sequence takes place on the back of a single titan, scaling Mount Olympus. This game is huge, both literally and figuratively. The giant chain Kratos punched through to reach the commander is but a link in the enormous chain straining a titan, which slips away from view in the trailers final shot.

If you haven’t seen it yet, do yourself a favor and download the trailer from the PSN and watch it on a decent TV. You won’t be disappointed.