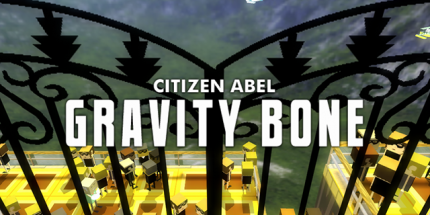 What the hell is a Gravity Bone?

Right from the title, it’s obvious Gravity Bone is an enigmatic game. This inscrutableness, which extends all the way through it’s brief playtime to the numbered woman at the very end, is one of its greatest strengths. Almost nothing is explained to the player,  and the exposition you do get serves only to raise more questions. Throw in a cohesive, uniquely lo-fi visual design, and it’s really no wonder why Gravity Bone has become such a big name in the indie scene.

For those who still haven’t experienced the game, here you go. It’ll only take you about 15 minutes to beat it, and since I’m forbidding you from reading the following interview with Brendon until you do, you might as well get started.

Gravity Bone has garnered almost universal praise, yet wildly different interpretations. Some think the game is chock-full of meanings to infer and metaphors to grasp. Whereas some, like Duncan from Hit Self-Destruct, think the opposite: that there is intentionally no meaning, and that the game’s virtue lies mostly in the “fake out” ending that defies expectations. Others yet are convinced that its creator simply grew bored with working on it and tacked on an ending.

I am of the “I just wish this game were longer!” variety. The larger universe the game hints at is probably my favorite facet of the game, aside from the great level design, and tight aesthetics.

Which brings me to my first question:

GD: If you had to choose one interpretation of the game that you’d like players to have, what would it be?

BC: I wanted players to end the game wanting just a bit more, to find out more about the world and find out exactly what happened to these characters. I love it when games or movies flesh out their universes with little “hints” of an even bigger universe, so that’s what I tried to do here. 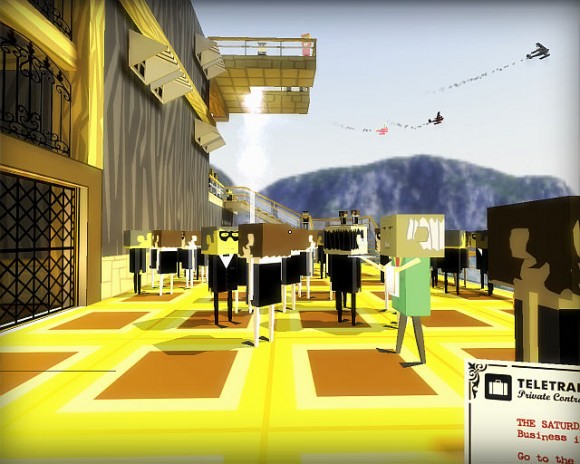 GD: Speaking of the world, a couple other games or mods of yours have also used the Nuevos Aires setting. Why keep returning to the same place, instead of venturing somewhere new?

BC: I wanted to make a nice consistency. It’s as if you’re visiting a different part of the Nuevos Aires with every game.

GD: Do you have more games planned that will use the setting?

BC: Nothing concrete yet, but I wouldn’t be surprised if Nuevos Aires pops up again!

GD: In your interview with Tom Chick of Fidgit, you say that you’d “definitely be interested in continuing” Gravity Bone, assumedly as a series. Did you begin work on Atom Zombie Smasher (an Xbox LIVE Community Games title) to take a break from Gravity Bone development, or have you decided against continuing development altogether?

BC: Atom Zombie Smasher was an idea I was noodling around for a long time. I finally found a chunk of spare time and decided to focus on that for a while. As for Gravity Bone, I’d like to someday expand on it.

GD: So nothing planned for the immediate future?

BC: Nothing concrete at the moment! I typically take a fair amount of time iterating and throwing away work, so I wouldn’t expect anything anytime soon!

BC: It’s a light strategy game involving zombies. I’m still working out some kinks in the gameplay and it’s likely to change quite a bit, so I’d rather not get into the details (sorry!)

GD: How does your job as a level designer for Pandemic Studios compare to your hobby of designing indie games? Would you rather make your own games full-time, and do you see that as being a possibility now, given your recent surge in popularity?

BC: I’ve been very fortunate to work with some great programmers and amazing artists at Pandemic. It’s a lot more difficult doing things on your own! I haven’t had any formal training in programming and I’m still developing my art chops. I’m glad how my cube-head guys turned out, but honestly they turned out that way only because they were easy to make!

GC: Well, that’s very modest of you to say; I think your texture work in GB is fantastic. Speaking of which, I noticed a bloom effect in the game. How the did you manage to get an ancient piece of software like the Quake 2 engine to produce it?

BC: Gravity Bone is based on a port of the Quake2 engine, called KMQuake2 ( http://kmq2.quakedev.com/ ) made by a fellow who goes by Knightmare. It’s a very well-done port with all sorts of engine enhancements, including the nice bloom effect.

GD: What drives you to devote so much time to game design, both at work and in your free time?

BC: I enjoy it. We’re now at a time where user-made “stuff” is really taking off – be it YouTube or the indie games scene or Machinima or Garry’s Mod! I grew up playing tons of games, and right now is a really great time to be a game hobbyist.

GD: What are your biggest inspirations creatively, and what are your favorite videogames? Any overlap?

BC: Any new experience always inspires some other new idea. As for games, my list of games to take to a desert island would probably be Thief, X-Com, and Company of Heroes.

GD: So what can we expect from BLENDO Games in future, after Atom Zombie Smasher?

BC: More Good Stuff : ) I don’t have anything concrete at the moment, but definitely do plan on continuing making more projects.