Left 4 Dead Half Off Weekend: It’s Not Too Late! 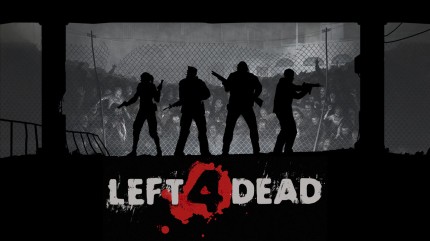 I know I can’t be the only one whose been holding out on getting Left 4 Dead until a good deal comes along [Yes, you are --Chris]. Well, here’s a deal that will be hard to beat. Steam is offering Left 4 Dead for only $24.99 for the remainder of the weekend!

Unfortunately, the sale is only for the PC version of the game on Steam. I know some of you will be saying “Unfortunately?!? The PC version is the best. You can make your own Left 4 Dead mods and play ones made by other people for free!!”

I know, I know, those are all valid points but here’s the thing:  I’m mostly a console gamer. I’ll play a good PC game every now and then but I’m not really into having to upgrade my system every year or so just to keep up. So since I play my Xbox 360 ninety percent of the time, all my gaming friends are on Xbox Live.  Pair that with the fact that Left 4 Dead is basically only a multiplayer experience and you’ll see why I’m a little disappointed. So I’m going to have to pass on this one but I know many people will feel differently.

It’s a really good deal for a really good game (Or so I hear). If you don’t mind playing the PC version you should definitely give it some thought. It’s only for this weekend and another deal like this might not come around any time soon.

UPDATE: Valve has extended the sale to Tuesday! If you did not read this until it was too late, now you’ve got some more time.