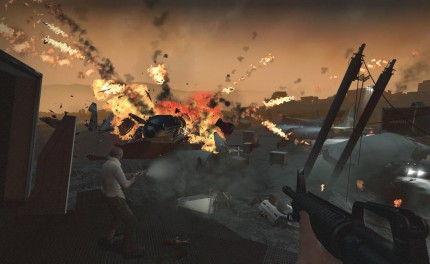 A handful of details on the Survival Pack DLC for Valve’s co-op zombie blaster Left 4 Dead have arrived via word from GameTrailers TV.

A new Survival mode (revealed last week) will see “up to four player set records for the longest time surviving hordes of zombies on over 12 maps.”

It was not specified if those dozen+ maps will be new or formed from current levels.

Last week’s announcement also brought news that the pack will include Versus Mode versions of the Dead Air and Death Toll campaigns when it arrives this spring.