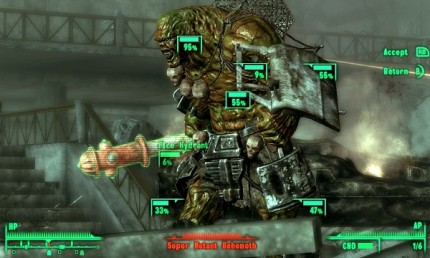 Bethesda’s upcoming DLC for its large scale role playing title Fallout 3 will apparently suffer a delay from the previous target dates of February and March.

“The next DLC for Fallout 3, The Pitt, will be out in March, Broken Steel will be out the following month, in April.”

This contradicts the developer’s previous statement that the 3 pieces of extra content would be “set to arrive one per month beginning in January.”

The Pitt has players exploring the raider infested town of Pittsburgh, while Broken Steel picks up and continues after the main game concludes; bringing the level cap up to 30 as well.

The first batch of DLC, Operation Anchorage, arrived late January, giving PC and Xbox 360 owners a chance to experience the liberation of Anchorage for a mere $10.