Indiana Jones and the Probable Cancellation 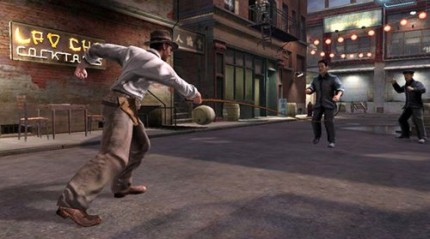 The next-gen Indiana Jones game was one of the earliest high-profile usages of both the Euphoria engine and LucasArts’ own DMM technology. It was also first announced before the most recent movie turd-blasted the franchise, so I was actually pretty damn excited about it.

Joystiq seems to be more unsure about the game’s fate, apparently because a LucasArts rep said, ”LucasArts remains absolutely committed to the Indiana Jones franchise. While we are aware that fans have been eagerly awaiting additional information on the upcoming game, they can rest assured that details are forthcoming.”

I’m not sure how this quote can be interpreted as proof that the game hasn’t been cancelled. All the guy’s saying is that LucasArts won’t be dumping the Indiana Jones IP, and that they will announce something, sometime.

Come on, LucasArts. Give me another great Indy game à la Fate of Atlantis, and rekindle my interest in the franchise. Just reanimate Hal Barwood’s corpse, and put him to work on FoA 2.