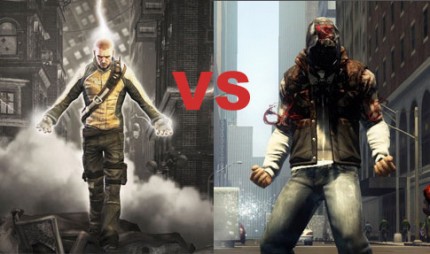 Open ended gameplay is in. Sandbox games? You better believe they’re the shit. It doesn’t seem to matter if the plots suffer (GTAIV, Ass. Creed, etc), or the gameplay is repetitive (Crackdown, Just Cause, etc), sandbox games sell better than a hot ham sandwich to a guy who enjoys hot ham sandwiches so much you’re concerned he is actually having sex with them.

But, if there’s one thing the industry likes giving the sandbox treatment more than criminals, it’s superheroes. In the last few years we’ve seen A half dozen Spidermen, a Superman, a couple Hulks, and a supercop duo free-roaming around. To name just a few.

Prototype and inFamous are two upcoming games looking to continue that trend. Both of which have just released new videos at CES ’09. Check ‘em out after the jump:

inFamous has some excellent animations, but to be honest, I am more interested in Prototype.

Yes, because of the gore.