I Am Alive: Please, Please Be Good 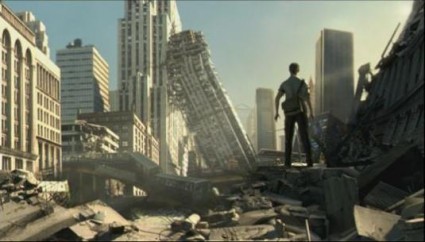 So much potential in this game, though for some reason I can’t bring myself to get excited about it. It might have something to do with the douchey looking hero or the fact that they completely ripped off Cloverfield in the trailer, but the design concepts sound awesome, and if Ubisoft pulls it off they’ll have gained some points back in my book. After reviewing Imagine Fashion Designer: New York for a local magazine, we are not in a happy place.

Trailer after the jump.

Confrontation is a way of dealing with violent groups, but will rarely be rewarded. We encourage the players to use tactics, diversion, and discretion. You’ve found a police shotgun, which is out of bullets — rightfully so, since Chicago has long been a proponent of a ban on guns. How about some intimidation? After all, who knows the gun is empty but you? Just point it at looters and they’ll remain at a distance as you progress toward your objective. However, you can only aim it at one person, so you have to watch for being flanked.

I love the idea of survival games, but every single one I’ve played has managed to be stupid, boring, or stupid and boring (I’m looking at you, Lost in Blue). Get the feeling of desperation down and throw in a smattering of dire consequences and we’ll be straight, but seriously, the main character looks like a total asshole. Please fix.