Dead Gaming: The Top 8 Zombie Games of All Time 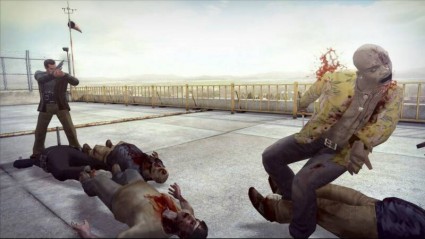 Zombies. With numerous appearances in everything from Grand Theft Auto to Call of Duty, they’re more popular now than ever. People just can’t seem to get enough of those walking dead and their adorable antics.

But, zombies in games isn’t a new idea. No, the industry’s love affair with the undead is a long and storied one, beginning in 1984 with Zombie Zombie for the ZX Spectrum, and ending in 2010, when games are declared illegal due to their inducement of thought crimes.

So, what better way to start the new year, than with a look at all the best Zombie games of yesterday and today? (That was a rhetorical question, stupid.): 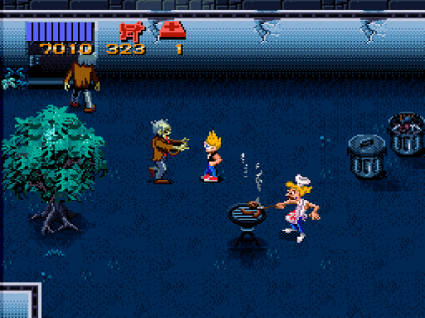 An oldy but a goody, Zombies At My Neighbors charged you with rescuing your neighbors from the walking dead and an ecclectic assortment of other monsters. The gameplay was solid, but what really elevated the game was great coop, and a huge variety of monsters, weapons, and levels. Also giant babies. 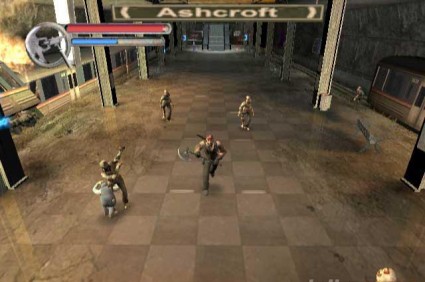 Think of it like the missing link between Smash TV and Left 4 Dead. Hunter: The Reckoning had tons of enemies, a top-down perspective, and 4 player coop. Sure, the game is shallow and repetitive, and looks like a turd hoagie, but when it came out, it was the king of four player gory fun for the Gamecube and Xbox. I’m not including the PS2 though, because it only had a 2 player mode. Stupid PS2. 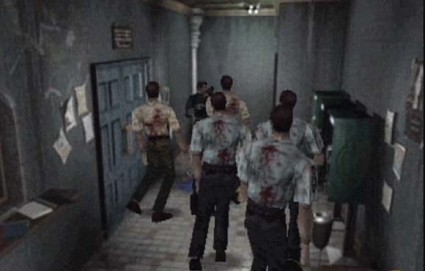 We’re not talking about 4+ here, since the series has recently dumped zombies for parasites and grumpy villagers. No, we’re talking the old dog-through-the-window classics, with the controls so bad they make me pine for the days when I had that debilitating case of genital halitosis. If the games had been more realistic, my characters would’ve had terrible friction burns from all the time spent sliding against walls while I ran for my virtual life. But, while the controls could’ve been better, the games did have a penchant for making me jump out of my chair and chuck my controller through the window. 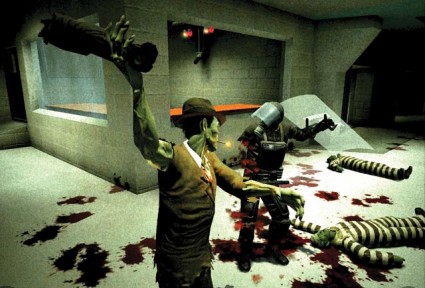 This game wasn’t a blockbuster, why? Alex Seropian, original co-founder of Bungie, launched his new company, Wideload Games, with this blackly comic gem for the Xbox. Set in the retro-futuristic city of Punchbowl, the game follows  Stubbs as he rises from the grave to reunite with his girlfriend, and exact revenge on the city designed by the grandson of the guy who killed him. Yeah, so the plot hurts my primitive simian brain, but you gotta love the art design. Seriously, you gotta. Or else. And, the sound and music were hailed for being arguably the best parts of the game. Hell, I like any game where you can tear off someone’s limbs and beat them with it. 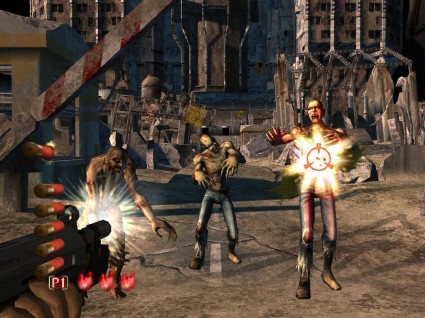 Probably the best lightgun series ever (Sorry TimeCrisis fans); House of the Dead had branching pathways, awesome enemies, and guns to shoot stuff with. My favorite part is the shooty guns bit. Just talking about it makes me want to go kill zombies.

To the old folks home! 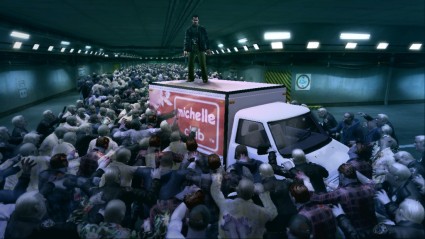 Dead Rising is a brilliant sandbox game, where almost any object in the game can be weaponized to combat a never-ending horde of undead. While the save system was unnecessarily difficult, the rpg elements and inventive, open-ended gameplay made this game kick ass. Too bad the rumored cooperative mode never materialized. 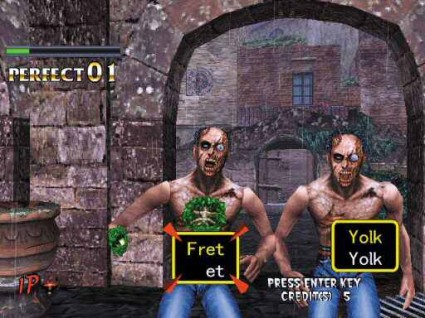 7: Typing of the Dead

The only game ever to elicit screams of “Oh shit, grandiloquent!” or “Verisimilitude, Mother Fucker!” Typing of the Dead was released on the Dreamcast in 1999, and played with a keyboard in place of a controller or lightgun. Gameplay consisted of typing words before enemies were close enough to inflict damage. TotD earns high honors for being a genuinely enjoyable edutainment game. 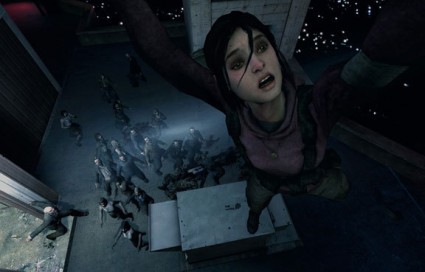 The only bad thing about this game, apart from the players on Xbox Live, is the name. 2Dead2Furious and 2Extreme4Lyfe were also considered as potential titles.

The game is designed like a series of zombie apocalypse movies, where playing cooperatively isn’t an afterthought, but a complete and utter necessity. If you run-and-gun, going lone wolf in an attempt to show strangers how 13-years-old and virginal you are, you will die. Oh, how you’ll die. Much to my enjoyment.

And that’s just one of the strengths of the game. Valve has innovated, and polished yet another idea to a financially successful shine. The graphics are great, the atmosphere is top notch, and the undead are numerous. If you haven’t played it, you are profoundly dumb. Do so immediately.

6 comments… read them below or add one