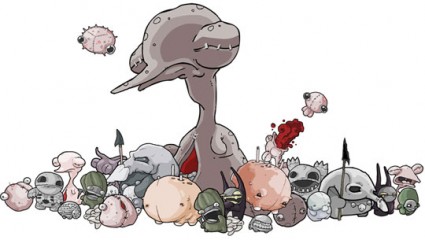 Edmund McMillen, designer behind intriguing and controversial indie games like Gish, Aether, and C*nt (your grandmother’s favorite), is a busy, busy man. With all the projects he’s heaped on his plate recently, we were surprised to actually get a hold of him long enough for an interview.

Lucky thing we did. Edmund dropped a couple bombshells in his talk with us. And by dropped, I mean hinted vaguely at. What is this social experiment we’re not allowed to mention the title of? What current projects of his might end up on Xbox Live Arcade? (Gish 2, please!) So many mysteries!

GD: Let’s jump into what I’m most interested in: How is ol’ Gish 2 coming along?

EM: Gish 2 is on hold until we finish No Quarter, but a lot of the tech we will be using in Gish 2 will be tested out in No Quarter, so it’s still moving in the right direction.

GD: What’s all this No Quarter nonsense?

No Quarter is an “Album” of games by [Alex Austin] and myself. They all share the same color scheme but each game plays like a track on a cd.  So you have your hit single, your hard rock song, you instrumental and so on. Each game is totally different, but they all fit the theme of our takes on arcade classics with physics and a lot of grey tones.

GD: That idea is certifiably awesome. How’d you come up with it?

EM: I had been doing a lot of small flash games, and Alex wanted to make some quick games as well but hated Flash. We thought it would be fun to make a few small games in C but we couldnt come up with a way to make them marketable. No one would just buy one of these experimental ideas by themselves, so we thought if we presented them as an album we would be able to give a lot of the more simple and experimental ones more appeal.

GD:  You mentioned in your email that you were crunching for an Xbox Live Arcade deadline on the 8th. What’s the nature of that mysterious project? Is it No Quarter?

GD: Aw, not even a very very vague hint? Like, “It is videogame-related?”

GD: Mysterious! Speaking of deadlines and crunches, what game for you has been the most challenging to develop?

EM: The hardest game I’ve made was Cereus Peashy.  It was my 1st flash game, which I started with Tom Fulp back in 2003, but he had to stop working on it in ’04, because of Alien Hominid, so it was put on hold. Then [Caulder Bradford] picked it up, and we worked on it on and off for another 2-3 years. I totally redid the graphics for it 3 times, and I just started hating the game. 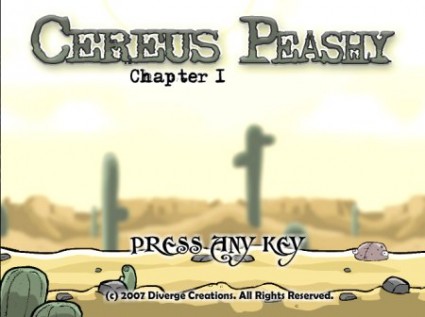 GD: I can imagine.

I also started hating working with Caulder. His ideas were clashing with my own and we fought about it constantly. It got the to point where I just gave up and said “I’m not working on this shit anymore. Put it up.” So, we wrapped the game up with what we had, and put it up online. It’s very flawed. Theres so many things I’d love to go back and fix now, but they are all programming issues and Caulder and I don’t talk anymore.

GD: Much of your work, Cereus Peashy for instance, is considered offensive by wussies. What influences led you to develop your distinctive style?

EM: I started out making comics when I was 16-17. Back then, I was heavily influenced by Ren and Stimpy, Troma Movies, Tim Burton, Ninja Turtles, Lobo and Maxx comics, and R. crumb. If you put all those thinsg together you will get me. Also toss in a little bit of Tool and Garbage Pail Kids.

GD: I’ve noticed that your early work was a lot darker and more controversial than it is now, what aspects of your life have influenced that change?

EM: Probably just growing up. The hate I had for the people around me when I was a teenager has subsided a lot. I guess I’ve matured, but that part of me still exists, as you can see with C*nt. And another game im working on currently.

EM: Yes, but please dont mention that name. The name is part of an ending. If you say it it will kill the experiment. It’s a social experiment and the idea is that people go into it not knowing. I want to see how people play it, so I can’t talk about it.

GD: How do you think your work/art will continue to evolve from the point you’re at now?

EM: I try to learn from my mistakes. A good example is Coil. I made it about a year ago, then I reused the basic idea in Aether. It doesnt look the same, but its the same idea I was trying to go for. The same kinda experimental gameplay that conveys emotion. 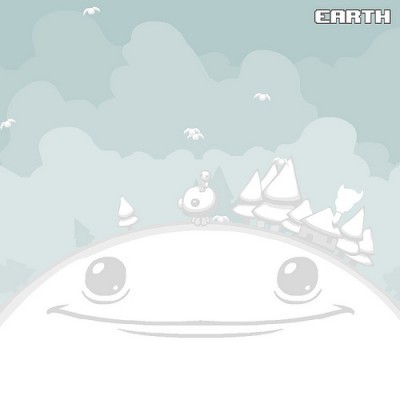 GD: Do you think Aether better realized that idea?

EM: Yeah, I was able to learn what things i did wrong in coil and fix it with Aether. I’m very proud of Aether. It came out 100% like how I thought it would.

GD:  Speaking of Aether, you’ve said you were reluctant to release it because it was more personal than your other work. What made you finally take the plunge?

EM: I knew I was just being a pussy. I mean I made the game for people to play. I couldn’t pull out of that deal. It was just an emotional experiance for me when I made it.

GD: Has the positive reception inspired you to be more honest with your games? To reveal more of yourself?

EM: Not so mysterious. The game’s about my interaction with my father when I was a child. I’m going to try and fix any problems I felt Aether had with this one. Keep trying to evolve that style My goal is to have both games done by March.

GD: Anything else you’re working on right now? Or anything we can look forward to in the near future?

EM: Yeah, I’m working on a new game with [Eli Piilonen] the creator of Stranded. It’s more like Meat Boy than my other stuff. More formulaic and fun. I’m also workin on a full version of Meat Boy for console and pc release with Tommy Refenens of Grey Matter.

GD: What games are you playing right now?

EM: I’m currently playing Disgaea 2 on the DS and Zelda 2 on an emulator. I never beat Zelda 2.

EM: Yeah maybe, but mostly because I just wanted to play. I never beat it because I hated it, but a few people I respect say it’s good if you stick with it, so I’m giving it a chance. It’s the only Zelda I never beat.

GD: Is there any game you wish you’d made?

EM: I wish I’d made Katamari Damacy, or Shadow of the Colossus.

GD: I’d like to see your interpretation of Katamari. It could really use some gore and gothic sensibilities.

Shadow of the Colossus is a brilliant game.

EM: Totally. [Fumito Ueda and his team] are the only big risk takers of the mainstream these days. I have a lot of respect for them

GD: Last question: If you were a zombie, what kind would you be? (This is what passes as hard-hitting journalism at GD)

EM: I’d be that zombie in Dawn of the Dead that walks into the helicopter propeller.

If you haven’t already, do yourself a favor and pick up This is a Cry for Help, a collection of 10 years worth of Edmund’s art, comics, games, and animations.