Playing Outside the Box: The Joy of Exploits 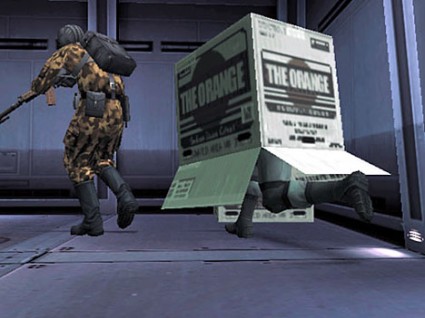 Now, we here at GD don’t advocate using exploits in multiplayer games (as evidenced by Joanna’s rant), but we’ve got to admit there is a certain satisfaction in beating a single player game in ways the developers never intended.

Those rascally Goons over at SomethingAwful.com started a thread on this very topic, with some awesome posts.

Happy Abobo, contributed what may be my favorite outside-the-box strategy, for Banjo Kazooie: Nuts & Bolts. He says:

By letting you build your own vehicles, Banjo Kazooie: Nuts & Bolts is the king of [being beaten in ways that were not intended.]

Need to win a race against a fast, agile opponent? You could build a boring speedster and try to beat him fair and square, or you could build this: 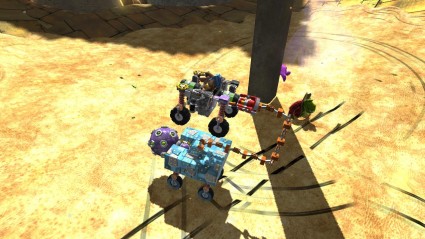 The green bulb is a sticky ball that shoots out on a chain, and the base is heavy as gently caress. The race starts, you turn to the opponent and hit him with the sticky ball, fastening him to your insanely weighty base, then you hit the button for the decoupler (the red bit) and detach the smaller buggy from the rest of the unit and beat the race at your leisure while the other guy is stuck at the starting line.

Readers chime in! What are your favorite ways to outsmart a game?