World of Goo is Indie Game of the Year 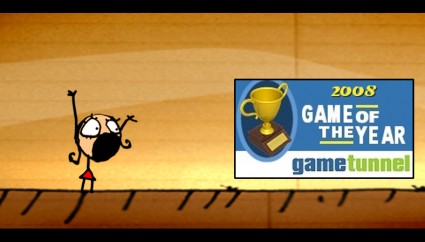 The results of Game Tunnel’s 7th Annual Game of the Year Awards were released yesterday, and 2DBoy’s World of Goo garnered much praise, gathering several awards including Independent Game of the Year.

World of Goo is one of those games that really shows what Indie is all about,” said Russell Carroll, editor-In-Chief at GameTunnel. “It was created on a shoestring, fueled by the passion of two people who did whatever it took to make their game. Their passion is evident throughout the game. It’s a fantastic game to play and it has been tremendous to see World of Goo getting so much mainstream awareness. It was an easy pick as our Independent Game of the Year winner this year.

2DBoy really deserve this. I remember Tower of Goo back when it was just a proof of concept, and the potential for a game seemed so promising. I actually hadn’t heard about World of Goo until a couple of months before release, and was so happy to see that their efforts turned into something with such style and substance.

Now, just show me a real multiplayer mode, guys. Corporation is really cool and everything, but I know a co-op mode is in the cards.