[Rant] The Dante’s Inferno Game – What the Hell? 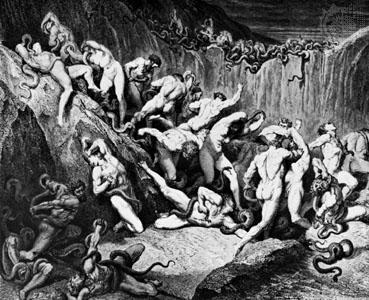 EA Redwood Shores, the guys behind the repetitive waste of a great premise that was Dead Space, have decided to casually rape some classic literature.

[Video after the jump]

Fans of Dead Space will be I’m sure super excited to know that the Dante’s Inferno trailer has a clip of a baby with blades for arms. The two best elements of Dead Space gameplay have been combined in Dante’s Inferno for your enjoyment. Lucky you. The trailer then concludes with Kratos, in bondage gear, murdering an elderly gentleman.

I don’t know about you guys, but I think it’s clear EA Redwood Shores has captured the essence and tone of Mr. Alighieri’s seminal work.